Livestream Patio with Desiree and Who R We

Please join us for patio dining with Livestream music!

Desiree’ is a singer/songwriter originally from Italy. She started writing and making music ten years ago with her father, Silvio, who is an accomplished musician from the punk rock band, Raw Power. Together they developed a modern indie rock musical group and started playing all over California, from San Diego to Sacramento. Desiree’ is an avid lyricists claiming her writing from poetry and her passion in literature.
Her music has both elements of acustic delicacies and upbeat, rock flavors. Her song, “Season Of The Angels” was on the Euro Indie Music Charts for four consecutive weeks. Desiree just released her new single, “Human” and music video on her Youtube channel.
Notable past performances include, The Other Door, The Mint, The Viper Room, The Hotel Cafe, The Graduate, PianoFight.
IG: @desireestefanini
FB: @DesireeMusicArt
www.desireestefanini.com
https://soundcloud.com/desireestefanini

Are a two piece band:

Founded by Silvio Stefanini, ex guitarist from the  legendary band “Raw Power” with a intensive background of recording albums, CDs, Videos and Tours, And Joe Stefanini original and former  percussionist of DESIREE Band! 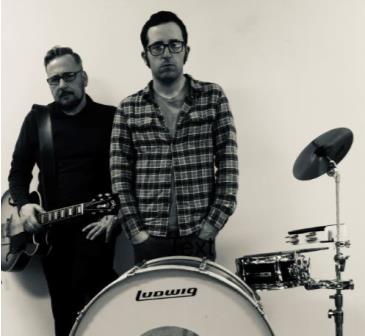