Liz Longley
Website  | Facebook  | Instagram  | Twitter  | YouTube
While best known for her stop-you-in-your-tracks voice, Liz has steadily developed a reputation as an accomplished songwriter, crafting intimately personal portraits through her music. Liz’s songs have won some of the most prestigious songwriting competitions in the country, including the BMI John Lennon Songwriting Competition. With five albums to her name, Liz’s music has been featured on TV shows such as ABC’s “Beauty & The Beast”, Lifetime’s “Army Wives”, and MTV’s “Scream”. The latest release, ‘Weightless’, is the highly anticipated follow- up to Longley’s eponymous 2015 Sugar Hill Records debut, which earned accolades from critics, who proclaimed the album “a thing of beauty,” (Popdose), and praised her “captivating stories set to tunes that will be running through your head after a single spin.” (American Songwriter). Later this year, Liz is set to release her sixth album, produced by 5-time GRAMMY nominated producer, Paul Moak.

Jesse Terry's seventh album, When We Wander, is the firsthe wrote since becoming a parent. So it's no surprise the family theme coursesthrough many of its 12 songs. His music career has been a family project eversince he became a full-time touring artist a decade ago.

That was right around the time when Jesse met his wife Jessworking on a cruise ship in the South Pacific. "As soon as we got back to thestates, I proposed to her at Nashville's Bluebird Cafe in July 2010 and wepacked up the car for the first tour right after that. We've been touringtogether full-time ever since." Now with two-year-old Lily added tothe clan, family is more important than ever to him, including the parentalurge to love and protect. "If I were the moon, I’d light all of your backroads," he sings in "If I Were The Moon": "You wouldn’tneed no headlights / I’d always be full."

The life of a touring family inspired the album's title track."When we wander, when we wander / Don’t it feel like we’re finallyfound." But in the face of the pandemic, he has found that "wanderingis not just a literal thing. We've followed our hearts with so many decisionsin 2020-2021, and have found that there are many ways to wander and be free andbrave."

One of those ways has been going virtual. He says that his livestream concertshave "become the highlight of my week and the thing that sustains usemotionally and financially. And an amazing community has sprung up from theseconcerts."

The stage had been Jesse's home for a decade. He plays around 150shows a year, from Bonnaroo to the Philadelphia Folk Festival, the 30ASongwriters Festival to Americana Fest. When the pandemic canceled concerts anddelayed the album's release, he pivoted to performing online and found a strongnew connection to his fans, who had helped fund his albums all along. "My musical tribehas always been there for me," he says with gratitude.

Though recorded in 2019, the songs off the new album click withfans online too. He and his band recorded When We Wander live in thestudio, a first for his career. "I wanted to try that Jason Isbell, ChrisStapleton, Neil Young approach to live recording, prioritizing emotion and rawperformances over perfection. I loved that experience." Recorded live, thealbum resonates especially with the intimacy and community spirit of theonline shows.

He also wroteall the music and lyrics this time, instead of working with collaborators, andtook a very personal approach, including a look back. "In Spite ofYou" recalls his stay in a residential facility for behavior modificationthat traumatized him as a young teenager: "The sermons that you sold meall were fakes."

Yet heemerged to earn a degree from Berklee College of Music, net a five-year staffwriter gig on Nashville's Music Row penning material for major TV networks, andwin prestigious songwriting awards. And then to become the singer-songwriterhis countless fans know today, who (in the words of Music News Nashville)"bring[s] to mind iconic artist/poets like Paul Simon and JacksonBrowne... [with] a performance that touches the heart like only a whispercan."

With hisseventh album When We Wander due for a spring 2021 release and a seriesof livestreamed concerts firing up his ever-growing fanbase, Americanasinger-songwriter Jesse Terry has ridden out the pandemic like few artists can.Raves from the likes of No Depression ("instant accessibility…brilliance andclarity") andPollstar ("it’seasy to imagine hearing his songs on the radio in between cuts by Bob Dylan,James Taylor, Jackson Browne and Joni Mitchell") are great, but his fan communityis what's truly priceless. A full-time touring artist for the past decade, the JohnLennon Songwriting Contest Grand Prize winner and onetime Music Row staffwriter normally plays 150 shows a year – from Bonnaroo, to the PhiladelphiaFolk Festival and Americana Fest. When We Wander, the first album hewrote since becoming a parent, was recorded live with his band, and the familytheme courses through it like a river through a canyon. 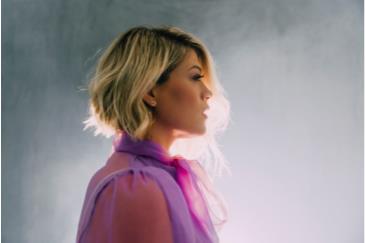