It’s been a busy lockdown for Los Bitchos, we’re beyond excited to say, they’ve finished recording their debut album with Franz Ferdinand frontman, Alex Kapranos, and of course, it sounds like the biggest party imaginable.

With an arsenal of new tracks and a crazy tour schedule, they’re chomping at the bit to get out and play live again.

Championed by the likes of Cheryl Waters, Khurangbin, King Gizzard, Marc Riley, She Shreds, Vogue, NME, DIY and SXSW. Los Bitchos are set for a massive 2022.

Make sure you get along to a show to catch their effervescent and infectious instrumental Cumbia, at a venue or festival near you.

Devotion to music has driven Spacemoth’s Maryam Qudus—a performer, composer, and now sought-after producer—for as long as she can remember. At age twelve, she traded chores for guitar lessons; at sixteen, she took on after school jobs to pay for voice lessons, learning to drive so she could take herself to both.

As a first-generation Afghan-American child of working-class immigrant parents, finding a place in music has been nothing short of a challenge for Qudus. “Women are often discouraged from pursuing music in the Afghan & Muslim community, and those who follow that path receive a lot of heat,” she explains.
Qudus’ earliest creative pursuits began with her solo project Doe Eye, which found quick success with radio play, magazine features and blogosphere buzz after 2014’s T E L E V I S I O N—a lush collection of indie pop and spacey rock produced by John Vanderslice at his legendary San Francisco co-op-turned-studio Tiny Telephone.

Working with Vanderslice opened new artistic avenues for Qudus: “Seeing the lit up VU meters on the console and multiple tape machines running really inspired me. I realized the studio is an instrument and if you know how to use it, you can take advantage of that in really cool ways.” She began studying at Bay Area recording arts non-profit Women’s Audio Mission, eventually interning both there and at Tiny Telephone before becoming a staff engineer at both. Studio tricks picked up from clients like Wax Nine’s Sad13, Toro Y Moi, Sasami & Tune-Yards gave new inspiration for her own arrangements. And in between sessions, she was able to toy with electronic ambience and tape experimentations for Spacemoth—her latest solo project.

Spacemoth’s debut album, No Past No Future, will be released July 22nd, 2022 on Wax Nine Carpark Records. Rich in intergalactic, avant-pop, No Past No Future serves as a reckoning point between nostalgia and nihilism; it explores the struggle to hang on to a moment as it warps in time. The bulk of performance and production comes from Qudus herself, who favors vintage synths like the Yamaha CS-50 and Korg Polysix alongside fluttering tape manipulations; creating cosmic, lush soundbeds, drawing comparisons to beloved projects like Broadcast and Stereolab. Every track flows with Qudus’ low timbered vocals, in harmony with the watery, glowing synthesizers that anchor the album. The result is an album radiating in astonishment at the emotional landscape humans contain within ourselves, and in wonder at the preciousness of our time on earth. 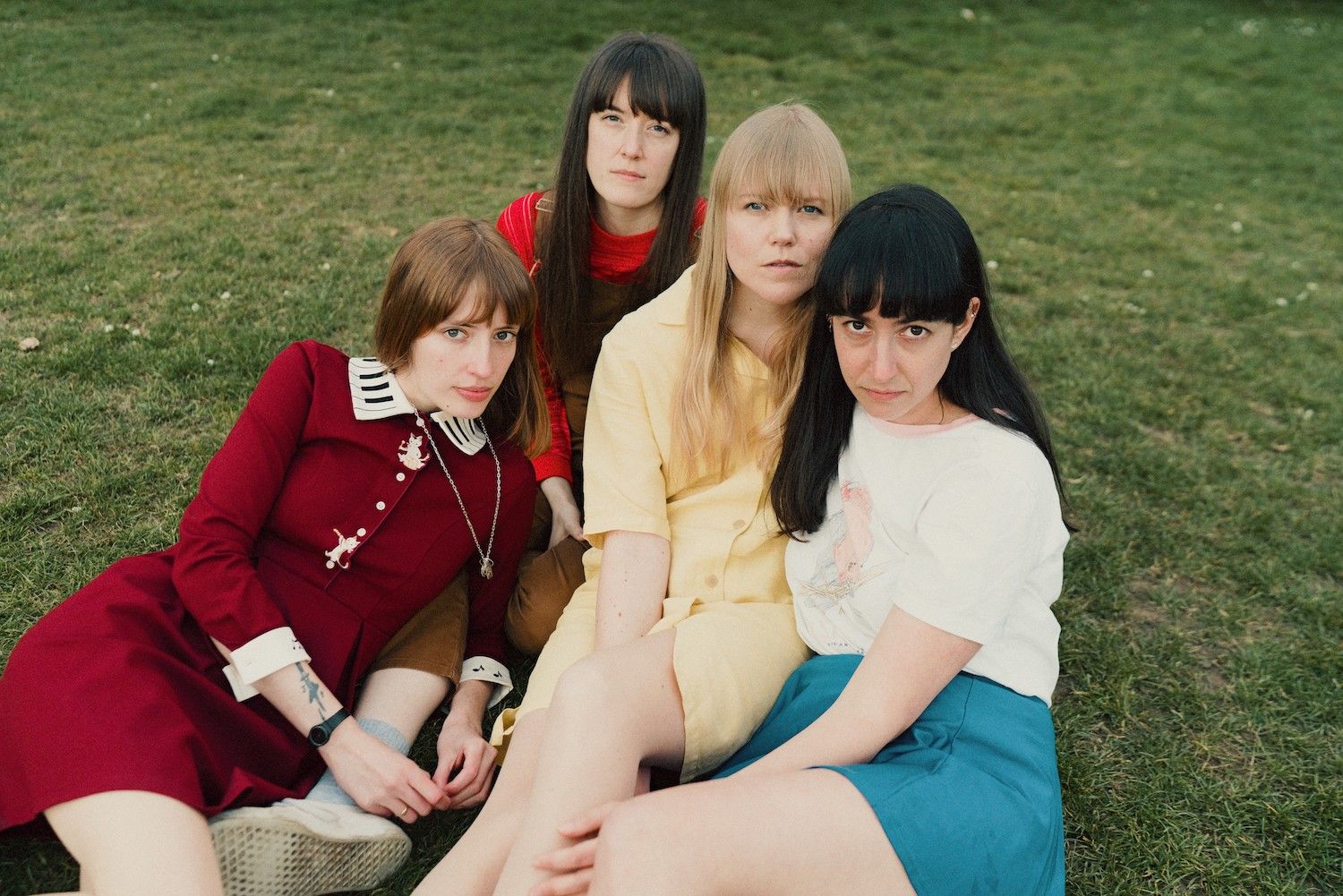