Was it really that long ago when synthesizers and cotton-candy hair seemed oh-so modern?

Not for The Lost 80’s Live, this  Reagan era tour features some of the most recognizable  acts from that great decade, This amazing show  is filled with all your favorite 80’s songs performed by the artist’s you know and remember,

our Line Up will Change from time to time, This is a unique opportunity to see all these great groups from the amazing 80’s performing live on one stage, their Biggest New Wave and Pop radio hits of all time.

The Lost 80’s Live tour has been described by thousands of concert goers as a greatest hits show of the 80’s and a rare opportunity to experience so many great bands in one concert, one night, on one stage.

Every song played is on a greatest hit’s CD of the 80’s and the moment is timeless, don’t miss this 80’s best of concert, don’t miss the Lost 80’s Live.

A Flock of Seagulls

A Flock Of Seagulls may well be known for their bizarrely teased haircuts as much as their hit single ‘I Ran’. A Flock of Seagulls were one of prime movers in the 80’s new wave era. Growing out of the synth-heavy and ruthlessly stylish new romantic movement. Hairdresser Mike Score (lead vocals, keyboards) formed A Flock of Seagulls with his brother Ali (drums) and fellow hairdresser Frank Maudsley (bass) in 1980, adding guitarist Paul Reynolds several months later. The group released its debut EP on Bill Nelsons Cocteau Records early in 1981, and while the record failed to chart, its lead track, ‘Telecommunication,’ became an underground hit in Euro-disco and new wave clubs.

Hailing from the Garden State, three friends and bandmates pack their suitcases, lug their guitars and head west to sunny Southern California. Upon arriving in the Dream Factory Entertainment Capital of the World that is Hollywood, singer/songwriter John Easdale, guitarists Peter Wood and Mark Englert and former bassist Chris Carter (Chris is now host extraordinaire of “Breakfast with the Beatles”) discover their dream is, well, a reality. The “World Famous” KROQ in Los Angeles is not only playing their song, “Anything, Anything (I’ll Give You)” [from their first LP, 1985’s Cinema Verite], but is playing it in heavy rotation! One day you’re working at the local hardware store in Wayne New Jersey, the next you’re being courted by countless record companies and touted to be the next big thing. And unlike most “modern rock” of the time, no synthesizers, but actual guitars! Didn’t they realize this was the ’80s?

In the early days while still performing in the pubs of Bath, England, Byrne, as one half of the synth-pop pioneers Naked Eyes, along with bandmate Rob Fisher, shared a love for the music of Bob Dylan, Cat Stevens, The Beatles and Jimi Hendrix. “It was around 1980 that Rob and I formed a band called Neon, that would later include Curt Smith and Roland Orzabal,” says Byrne. “We recorded a few songs, but the band fizzled, and Roland and Curt went on to form Tears For Fears, while Rob and I created Naked Eyes.” Almost immediately, the band signed to EMI and began recording at the legendary Abbey Road Studios. “… I’ve always loved the songs from the great girl singers of the sixties, and one day in the studio we decided to do a cover of one of them; it could easily have been a Dusty Springfield song or a Cilla Black tune, but as fate would have it, we settled on a Sandie Shaw song.” That song, was the Burt Bacharach/Hal David tune “Always Something There To Remind Me,” which immediately exploded into the Top Ten…..followed by the self-penned “Promises, Promises” and “When The Lights Go Out.” The back to back to back hits resulted in massive U.S. radio airplay and an almost constant presence on MTV (even if it was in pajamas.)

Tommy Tutone were an early-'80s power pop band led by vocalist Tommy Heath and guitarist Jim Keller. The group's first single, 1980's "Angel Say No," charted on the American Top 40, yet it was 1981's "867-5309/Jenny" that sent the group to the top of the charts. Peaking in early 1982, the single hit number four and went gold. Tommy Tutone also charted in the the Top 40 with the release of their third album, 1983's National Emotion. In 1994, Heath returned with Tommy Tutone and a new release, Nervous Love. Heath continued with Tutone, releasing Tutone.rtf in 1998, Tutone-Ality in 2009, and A Long Time Ago in 2011. 2016 saw the release of Tommy Tutone Live, capturing the excitement of their earlier live performances. And in 2017 we have a new release by Tommy Tutone of the Pop Classic, My Little Red Book. As a group, and more recently as a Duo and a Solo Act, Tommy Tutone continues to rock festivals and clubs in a Power Pop style. Jenny turns 35 this year! 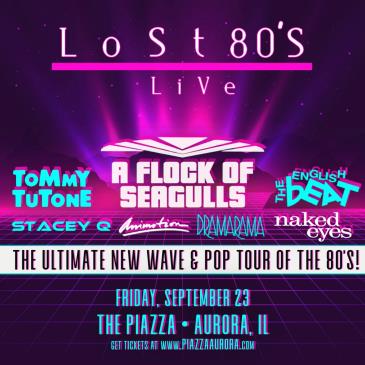