with support from the Katie Knipp band

Lydia and the band debuted when the Fillmore was at its peak as one of the nation's musical Mecca's. Owner Bill Graham was so impressed with Lydia's voice and the sound of the band that he immediately signed Cold Blood to his new record label. During the span of six original late-60's, early-70's albums, Lydia Pense and Cold Blood helped, along with Tower Of Power, forge their own specific brand of funk/soul and R&B which came to be known as East Bay Grease. That music still holds up today, proving that great music is timeless and will continue to inspire generations to come. Lydia Pense and Cold Blood packed the San Francisco Ballrooms in their heyday, but that was then and this is now. In the now, Lydia Pense and Cold Blood still fill halls with cheering, dancing, foot-stomping fans. Far from fading over the years, Cold Blood has flourished.

The word legend certainly applies to Lydia Pense and Cold Blood…and not in some past tense-make-a-living-as-an-oldies-act sort of way either. Pense can still shout like a 60's soul diva and purr a slow blues tune with spine-tingling subtlety. Cold Blood, as a whole, features a stellar group of musicians who have been playing together for nearly 20 years including Steve Dunne on guitar, Steve Salinas on keyboards, a gritty-growling horn section comprised of Rich Armstrong and Rob Zuckerman along with a stellar rhythm section featuring Evan Palmerston on bass and Donny Baldwin on drums. The band members are all veteran Bay Area musicians who have played with many great artists including Elvin Bishop, The Starship, Boz Skaggs, Albert Collins and more. Of course there is Lydia who still has the chops with the patina of a seasoned veteran who's done and seen it all. Together she and the band continue to twist together R&B, (both Old School and New School); into something that doesn't have a label... On any given night, Lydia Pense and Cold Blood power through their historic essentials, like "You Got Me Hummin'," "I Just Want To Make Love To You," "I'm A Good Woman," and "Down to the Bone." But now, there's a whole new CD of future classics that draws on their heritage but is not stifled by the past. Now able to draw from the first new Cold Blood album in three decades, Lydia and the band blast out a set that covers 40 years of thumping, throbbing, East Bay funk. Several of the new tracks that make it on to the set list each night come from original Cold Blood alum Skip Mesquite. Another tune of particular note, "Face the Music," is written by guitar ace Steve Dunne. All this fresh music, laid down by a crisp, tight 6-piece, makes any Cold Blood show invigorating. And, of course, anything Lydia sings is sung well. She has a list of famous admirers that includes Bonnie Raitt, Michelle Shocked, David Lee Roth, even Janis Joplin back in the day.

It's been a long road, over 40 years to be exact with a break somewhere in the middle. But, Lydia and the band are living proof that a little time off can be a really good thing. With their new CD, "Transfusion" (DIG 116) turning heads across the country, fans are remembering just what has been missing from music in the last few decades. The 12 songs exemplify how a performer can take great strides forward, without forgetting her roots. Using "Transfusion" as their muse there is a renewed interest in live performances, from both the band, and venue owners. Cold Blood is booking dozens of shows across the country, entertaining generations of club, theatre and festival goers.

Cold Blood has been blessed with the ability to reach backwards for original influences and the creativity to reach forward, working with new approaches. The music they play is ageless, and can still fill any room to the rafters.

Having hit #10 on the Blues Albums Billboard Charts with her 5th album release titled "Take it With You," Northern California Blues Americana Siren Katie Knipp is equipped with powerful vocals and plays a variety of instruments from boogie woogie piano to slide guitar, to honest harmonica laden stories in between. Her various performance formats from raw solo act to full band captures audiences hearts from her first notes. She has opened for Robert Cray, Jimmie Vaughan, Joan Osborne, The Hidalgos (David Hidalgo of Los Lobos), The Doobie Brothers, Tim Reynolds, Jon Cleary, Ruthie Foster, Joe Louis Walker, and The James Hunter Six, among many others. She played the Mammoth Blues Festival this year as the only solo female act that included headliners Buddy Guy, Trombone Shorty, Charlie Musselwhite, and more. She has won 2019 SAMMIE for Best Blues Artist, and was nominated Artist of The Year by The Sacramento News and Review. She has gained worldwide radio support, putting "Take it With You" on the Roots Music Report in Top Contemporary Blues Albums spun. 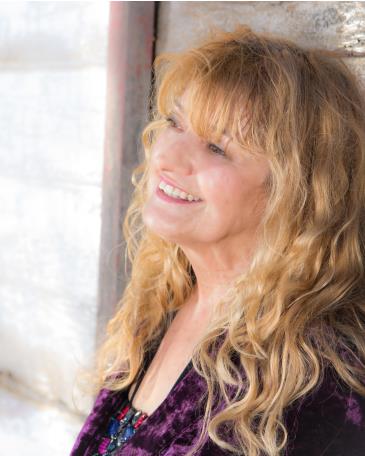