MAGGIE ROSE with Erin & the Wildfire

The third album from Maggie Rose, Have A Seat is the work of a phenomenally gifted artist showing the full extent of her power. After years of honing her chops and making her name as a force-of-nature vocalist, the Nashville-based singer/songwriter has dreamed up her own unbridled collision of rock-and-roll, soul, folk, funk, and R&B: a fittingly eclectic sound for a musician whose live experience includes opening for Heart and Joan Jett & the Blackhearts, touring as direct support for Kelly Clarkson, and festival appearances at Bonnaroo, Newport Folk Fest and Austin City Limits. Centered on the stunning vocal command she’s revealed in taking the stage at The Grand Ole Opry over 80 times, Have A Seat finds Rose approaching her music with more confidence and clarity of vision than ever, ultimately sharing a selection of songs both timeless and urgent. Have A Seat was critically acclaimed by Rolling Stone and American Songwriter as one of the "Best Albums of 2021". 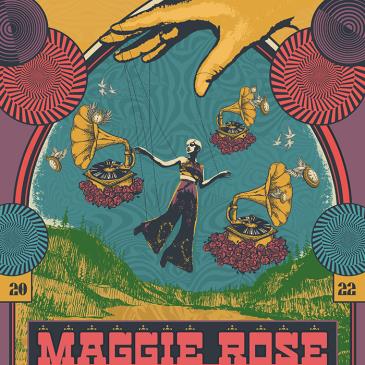