Mask Mandate: Please remember that the City of Charlotte continues to have a Mask Mandate for indoor spaces.  While at Neighborhood Theatre, you are required by the city to wear a mask unless actively consuming a beverage.  We require that you wear a mask when entering the venue and when interacting with any staff.  Our staff members are all required to wear masks while at work and are all required to be vaccinated.

PERFECT EP - At the start of 2020, everything was looking up for Mannequin Pussy. The Philadelphia punk band had released their third album, Patience, to abundant critical acclaim, and was touring steadily behind it. After nearly a decade of playing, the band finally had gotten the chance to turn music into a full-time occupation. And then, just as their career was lifting off, the world around them collapsed. COVID-19 reached the United States, rescinding life as many people knew it. Live music shut down. Mannequin Pussy had just played a final show in Chicago when the group had to cancel the remainder of their tour and travel back to their home city. For a while, it seemed like maybe the lull would be temporary, a brief pause before things could resume as they were. And then the numbers ballooned, and the months stretched on, and memories of rooms packed with strangers started to feel alien, dangerous even in imagination.

Even the songs written before the pandemic take on a new valence after a year of its frustrations. "I'm in control / That's what I tell myself when all the walls around me close in," Missy sings in the prescient opening lines of "Control." Tuneful and brash, with a white-hot molten core, the songs on Perfect thrash against the learned helplessness that has settled in on the cellular level under lockdown. Social media algorithms apply pressure to perform even from the depths of that powerlessness, to construct the image of a bountiful life in times of extreme scarcity.  From the smolder of "Pigs is Pigs" to the melancholic, contemplative "Darling," Perfect digs into the cracks of that compulsory veneer, and let loose everything simmering beneath it. The anger, frustration, loneliness, and resentment of a year spent locked away all come sputtering forth. And once they've rushed out, once the air clears from their tumult, there's suddenly a little more space to seek out calm, to find solace. There's an opening forward into whatever comes next in the rush and the mess of living.

Petrov is a surging Charlotte, NC indie/pop/punkrock band that tore into the local scene with their powerful debut EP SleepYear released by Self Aware Records in early 2019. The band is a gamut ofveteran and fresh-faced Charlotte talent including guitarists Syd Little andMike Backlund, bassist Matt McConomy, drummer Garrett Herzfeld, and vocalistMary Grace McKusick, who soars as a first-time front-person for the band. SleepYear remains widely-praised and garnered the band a slew of opportunitieslike appearances on WFAE’s award-winning podcast “Amplifier” with Joni Deutsch and a spot on NPRMusic’s “Best Songs of 2019 (So Far)” list. In October of 2020 the bandreleased their sophomore EP Flower Bed recorded with Kenny McWilliams atArcher Avenue Studio in Columbia, SC and mastered by Dave Harris at Studio B inCharlotte. Their music video for "Outlier" off of Flower Bed wonQueen City Nerve's Best Video in their 2021 "Best in theNest" awards. On Flower Bed, released via Charlotte label SelfAware Records, McKusick effortlessly twists Petrov’s sparkling melodies andboiling energy around her fists like a wild, snaking mic cord. Over careeningguitars and punchy drums, McKusick belts out thoughtful lyrics that covereverything from fears of being alone, to practicing self-love and acceptance,to calling out those who protect abusers and actively diminish the gravity ofsexual assault. The EP has a sense of laying past growing pains to rest andplanting new hopes and ideas in a loving effort to see what blooms. 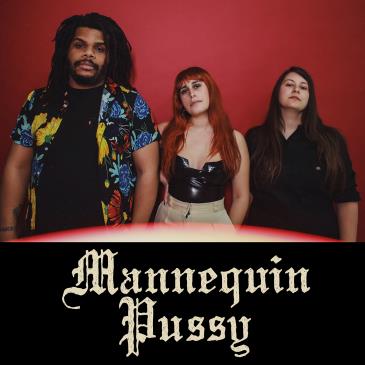