Announcing the “Max & Iggor Cavalera 89/91 tour” – celebrating the legendary albums “Beneath The Remains” and “Arise”.

The original founding members of influential RIAA Gold-Certified Brazilian heavy metal legend Sepultura, Max & Iggor Cavalera will celebrate the legendary albums “Beneath the Remains” and “Arise” by performing a hybrid setlist exclusively with songs from both albums, throughout the United States, in May and June of 2022.

Since the early days formation over 30 years ago, the Cavalera brothers have each seen unparalleled success in the music industry. Max’s more recent work with Soulfly, Go Ahead And Die, Cavalera Conspiracy (also featuring Iggor) and Killer Be Killed, in addition to Iggor’s projects MIXHELL, Petbrick and Soulwax proves the lasting power of the Cavalera legacy.
It’s safe to say that the releases of Beneath The Remains (1989) and Arise (1991) completely changed the landscape of metal music throughout the world. 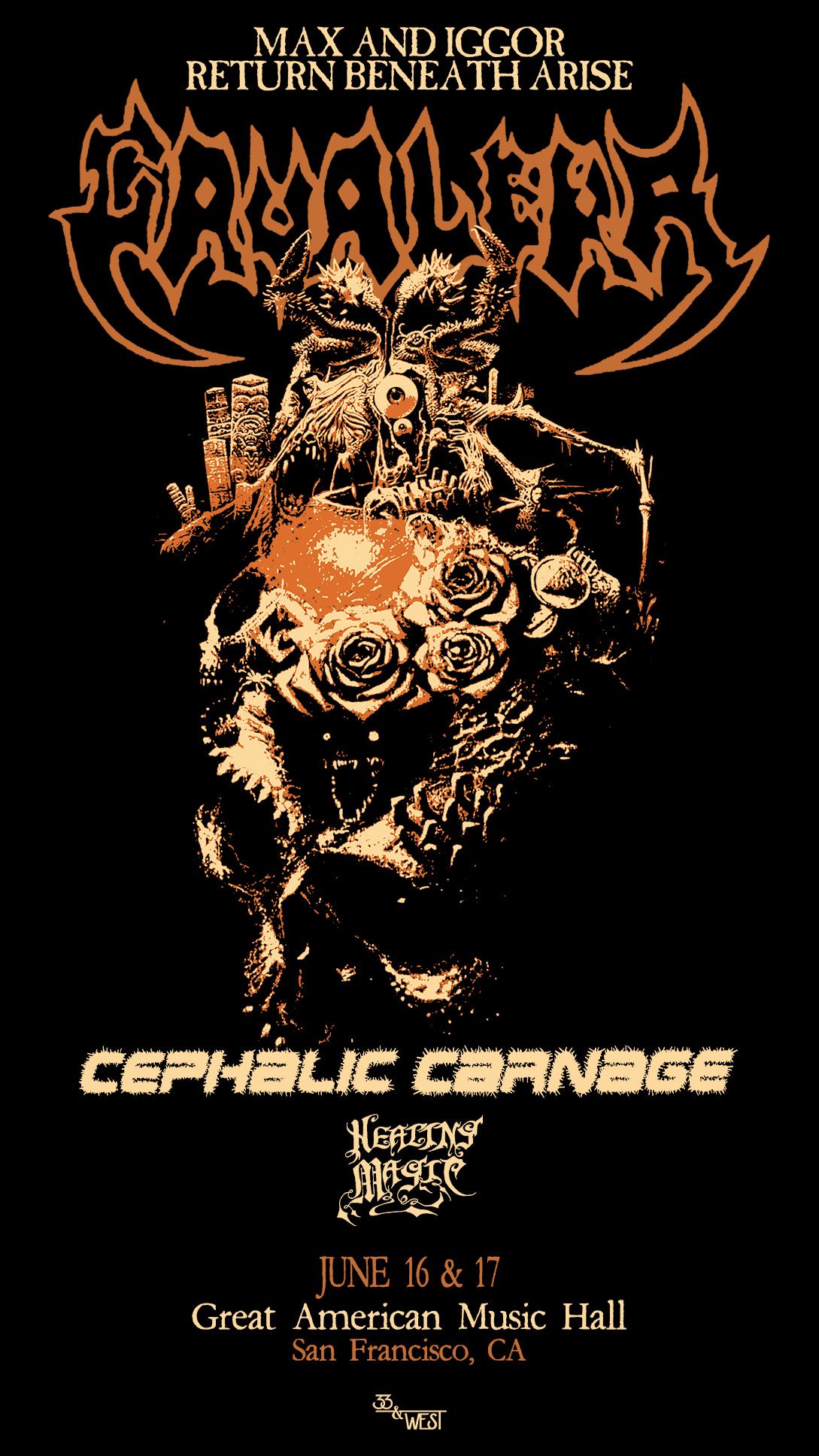