The upcoming Metz show originally scheduled for 10/24/22 at Underground Arts is canceled.

Refunds will be processed at the point of purchase (See Tickets). If you paid cash at the box office, please contact us at info@undergroundarts.org to obtain a refund.

The music made by METZ, Alex Edkins (guitar & vocals), Hayden Menzies (drums) & Chris Slorach (bass) has always been difficult to pin down. Their earliest recordings contained nods to the teeming energy of early ‘90s DIY hardcore, the aggravated angularities of This Heat, & the noisy riffing of AmRep’s quintessential guitar manglers, but there was never a moment where METZ sounded like they were paying tribute to the heroes of their youth. The sonic trajectory of their albums captures the journey of a band shedding influences & digging deeper into their fundamental core—steady propulsive drums, chest-thumping bass lines, bloody-fingered guitar riffs, the howling angst of fading innocence. With Atlas Vending, METZ not only continues to push their music into new territories of dynamics, crooked melodies, & sweat-drenched rhythms, they explore the theme of growing up & maturing within a format typically suspended in youth.

Each of Atlas Vending’s ten songs offer a snapshot of today's modern condition & together form a musical & narrative whole. Determined to connect with their fans and create a live experience as compelling as Atlas Vending within the confines of the pandemic, in Oct. 2020 METZ took to the stage at the Opera House in Toronto to livestream a performance of Atlas Vending in its entirety. The resulting Live at the Opera House delivers the raw, powerful, incredibly loud auditory experience we’ve come to expect from one of the most bombastic live bands around.

Citing sources from early Dub-influenced Clash, Blitz, and The Modern Lovers - Spiritual Cramp exists in a strange vacuum somewhere between David Byrne's oversized suit and a bar fight between a bunch of drunk goons on Polk Street in SF.

Hate for the police, the government, the status quo and himself are reoccurring themes in Bingham's lyrics. The sounds borrow from the past, echoes of late 70's / early 80's working class rock and punk, which function on the upbeat, showcasing very bright guitars yet generating darker vocal rhythms and darker patterning. 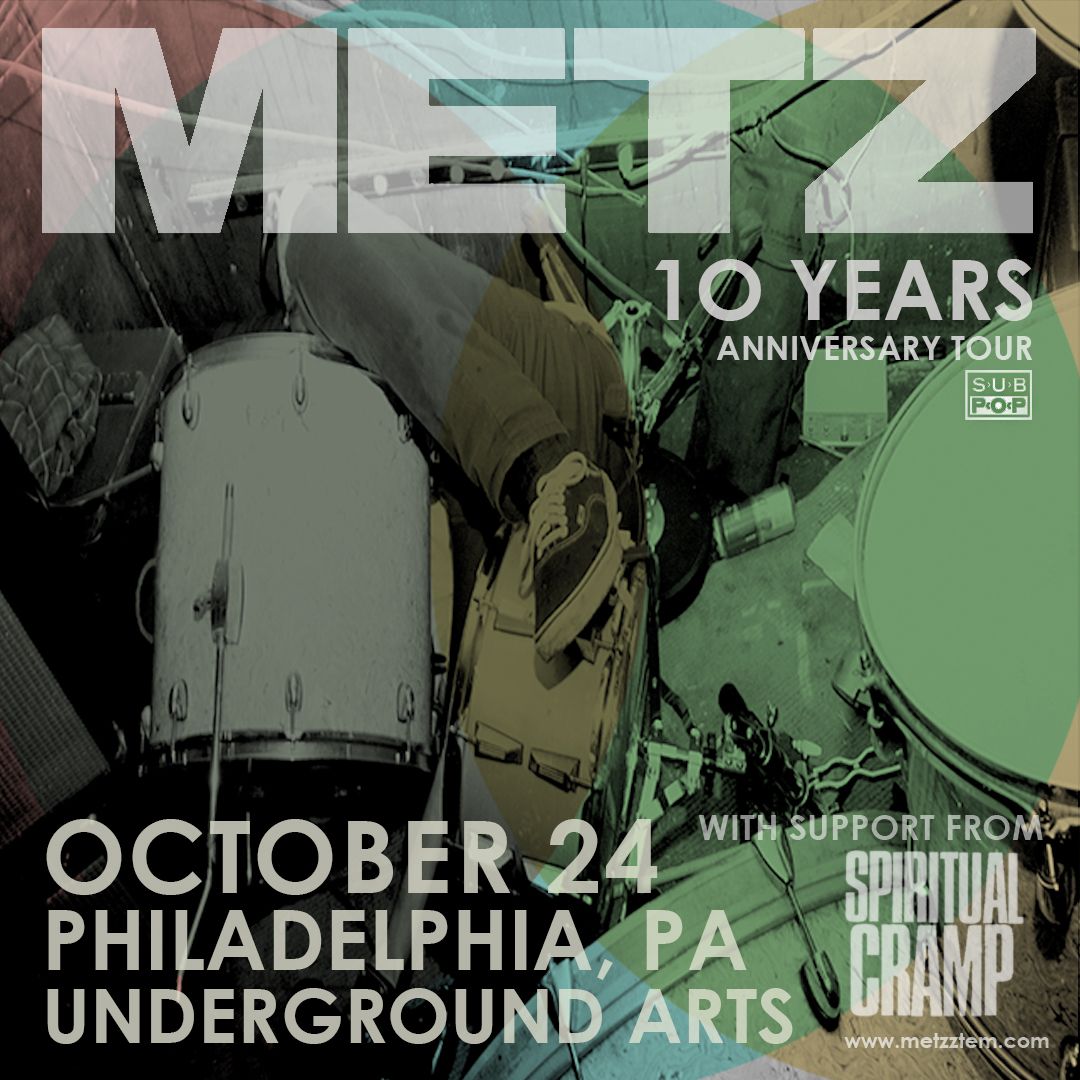