The loudest ones light up the room the brightest. Mimi Webb projects a voice as magnetic, massive, and magical as her personality. As “the girl next door” with a hell of vocal range, she’s quick to laugh, will let you know precisely what’s on her mind, and isn’t afraid to be heard. Originally hailing from the UK town of Canterbury, the pop singer and songwriter turns up the volume on every emotion with skyscraping runs and open-heart honesty. After amassing over 250 million streams and hundreds of millions of views and receiving widespread acclaim from Wonderland, teen VOGUE, Refinery 29, Euphoria, Consequence of Sound to name a few, she shines on her 2021 debut Seven Shades of Heartbreak EP for Epic Records and much more music to come.

At the top of 2020, she unveiled her debut single “Before I Go,” which gathered 17 million Spotify streams and dominated TikTok with 85.7 million views, 13.7M likes, 304.2K comments, and 132K shares. She maintained this momentum with “I’ll Break My Heart Again.” Of the latter, Wonderland claimed, “Already it seems Webb has carved out her own niche of balladic pop, packed with vocal dynamite and stirring instrumentals, and on “I’ll Break My Heart Again” things are no different.”

Along the way, she crafted Seven Shades of Heartbreak. Prior to its arrival, she made waves with international hits “Good Without” and “Dumb Love.” The singles concurrently captured places in the Top 15 on the UK Singles Chart, which cemented Mimi as “the first UK female artist, since Dua Lipa in 2017, to land two singles in the UK Top 15 before the release of her debut album.” Combined with the follow-up “24/5,” she had also amassed nearly 300 million streams by the release of Seven Shades of Heartbreak. https://www.mimiwebb.com/ 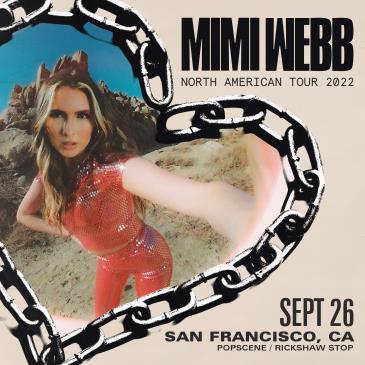