With its sharp storytelling and bursts of electric guitar, Who Are You Now is Madison Cunning- ham's coming-of-age record — a diverse album that's modern, melodic, and rooted in the 21 year-old's observations of her own fast-changing world.

"The past year was a largely transitional one for me. It felt like all at once I was living in a new city and a new era of my life, trying to find where I fit, what I believed, and who my people were. It doesn't matter how many great examples you have to look up to, when it’s your turn to face adulthood, you feel like you’re scrambling for the right tools. Writing this record really forced me to take an honest look at where I came from, what my dreams and fears were, and who I was becoming as a result.”

Cunningham began searching for answers during her childhood in Orange County, California. A guitarist since the age of 7, she began performing alongside her father — a worship pastor and lifelong musician — at a local church. By 15 years old, she was writing her own songs and exploring her own voice as a musician. Playing an integral role in that process was Tyler Chester, a multi-instrumentalist and studio guru who'd worked with artists like Jackson Browne, Blake Mills, and Andrew Bird. Later, after leaving home and moving to Los Angeles, Cunningham's list of champions grew to encompass the likes of Sara Watkins, Chris Thile, and the Milk Carton Kids' Joey Ryan.

"When I met 15-year-old Madi and she played one of her early songs for me, it struck me with- in the first 15 seconds that I was witnessing one of the most purely musical human beings I would ever meet," says Chester. "She was young and her skillset unrefined, but already at her core was that same unteachable magic that you hear amplified in her today."

By 2018, magazines like Rolling Stone were taking note of Cunningham's sound, calling it "a new spin on West Coast folk-rock, with classical tendencies, electric guitars, jazz-school chord changes and alt-rock strut all living beneath the same roof." She hit the road that same year as the Punch Brothers' opening act, using the opportunity to test her newest songs in front of a live audience. She stood out — not only for her unique melodies, elastic voice, and deft ap- proach to the electric guitar, but also for her honest storytelling.

Recorded at Sonic Ranch — a remote studio in El Paso, Texas, located on a pecan farm — Who Are You Now finds Cunningham contemplating her life after big changes. These 14 songs are filled with sharply-detailed observations about romance, relationships, self-reliance, and the pursuit of her muse. On the moodily cinematic "Something to Believe In," she delivers words of assurance to her husband. On "Plain Letters," she uses Sylvia Plath's "The Bell Jar" as the launchpad for a song about anxiety and self-empowerment. "Pin It Down" sets a lovers' quarrel to a funky sound- track of pop hooks and rotating time signatures, while "L.A. (Looking Alive)" finds Cunningham maintaining a sense of perspective and humility, even as her music career continues to ascend.

"Doesn't it feel good to laugh at yourself, turn your back on the business and leave it to sell its own worry?" she sings during the latter song, accompanied not only by her Fender Jazzmaster, but also by contributions from Tyler Chester, drummer Abe Rounds and bassist Alan Hampton. The four-piece recorded more than a dozen songs during a week's worth of tracking sessions at Sonic Ranch, with Cunningham serving as their bandleader. They emphasized the raw, real appeal of live performances, too, keeping overdubs to a minimum and tracking everything to analog tape. Cunningham's vocals and amplified guitar led the way, resulting in an album that mixes sweet, contemplative moments with the unhinged punch of songs like "Trouble Found Me."

"'Who Are You Now' was the title of a song that never reached the finish line," she explains.
"It became a reoccurring question, an unrelenting pressure touching every part of my life and work. I didn't have the words for it at the time. It was just a feeling I woke up with every morn- ing — the feeling of jumping into a lot of change in a short amount of time and not always knowing what was propping me up. The songs came from a place of feeling challenged and so they embody that same challenge in the stories they tell. A challenge to myself, as well as the characters in them, to know where they’ll land when the branch that holds them breaks.”

The musicians allowed themselves room to experiment and explore during the recording process, too. Some songs were tracked outdoors, with the rural sounds of the El Paso land- scape ringing in the background. Others were partially recorded inside a local water tower, to mimic the effect of a reverb chamber. Throughout the process, Cunningham pulled triple duty as the album's songwriter, vocalist, and guitarist, driving each song forward with a unique pick- ing style that focuses on hooks rather than virtuosic solos. Even so, it's her songwriting that shows the true depth of Cunningham's musical approach.

"Madi ascended to another level at Sonic Ranch," Chester adds. "She arrived at the ranch an uber-talented, young singer-songwriter-guitarist, but she left that week a young master, in total control of her musical identity and skillset. Even as someone who’s watched her progress for the last six years, it was breathtaking to witness."

With Who Are You Now, Madison Cunningham traces her own path from SoCal teenager to in- dependent adult, setting that paradigm-shifting transition to a soundtrack of honest, heartfelt music. It's a revised spin on the singer-songwriter format, as well as a jolt of electric energy in a genre often ruled by acoustic instruments. Thanks to Cunningham's autobiographical writing, Who Are You Now also answers the question posed by the album's title, introducing a young musician who's learned to balance the fresh with the familiar.

"Kiely's songs walk a tightrope, planting each step equally with both the grace at the heart of folk music, and the steadfast confidence of an experienced rock and roll soul"

Kiely Connell is a Nashville Tennessee transplant with rustbelt roots. Hailing from Hammond, Indiana just four houses down from the Illinois state line, Kiely draws inspiration from the hardworking people of her native Midwest community. As one of her peers put it: "Kiely's songs walk a tightrope, planting each step equally with both the grace at the heart of folk music, and the steadfast confidence of an experienced rock and roll soul." Kiely's powerful four-octave range will take you on a journey that transcends the ordinary.

In a time when most country and Americana artists are forging a similar path, Kiely takes fans on a different journey to unknown places -- sonically, and emotionally. She writes songs that have a gothic country aesthetic- a blend of somber poetry and western melodies delivered with her rich and brooding voice. Her voice merges gritty blues with an ethereal upper register, leaving audiences comparing her to the likes of Patsy Cline, Joan Baez, and Joni Mitchell. Kiely's incomparable voice, and her poetic storytelling truly make her an Americana artist to watch. 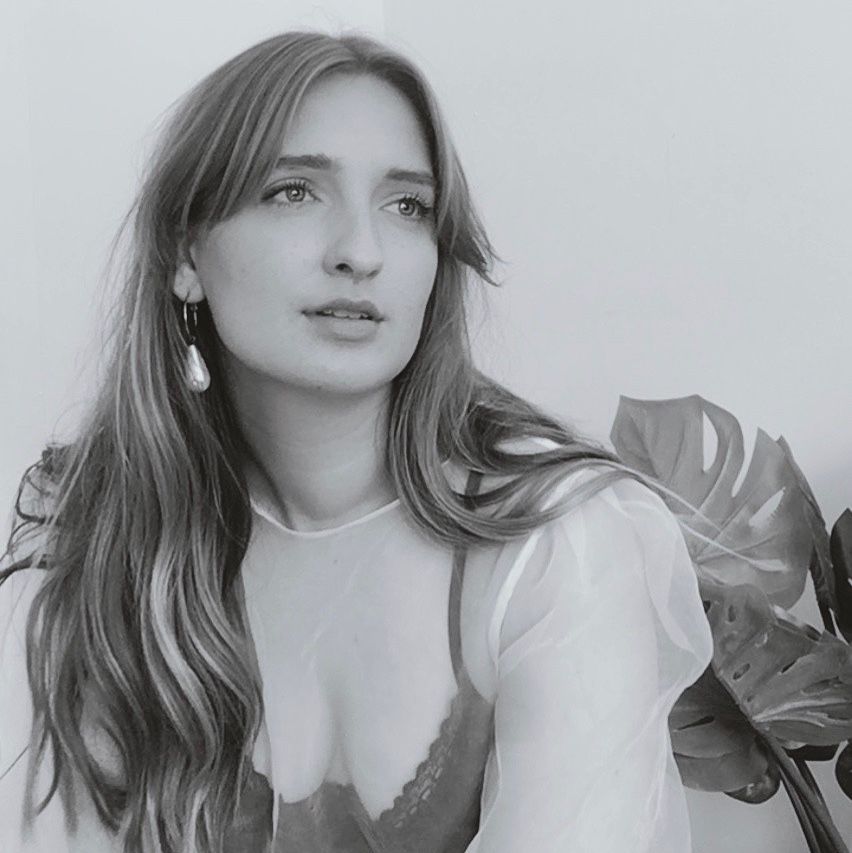