Processing...
Tickets
Maggie Rose's Indianapolis show at HI-FI has been cancelled. Refunds are available at point of purchase.  Online buyers will be refunded in 1-3 business days. Please direct any questions to boxoffice@mokbpresents.com. You can follow our ongoing list of affected shows here: http://bit.ly/mokb-hifi-covid19updates

Maggie Rose's Indianapolis show at HI-FI has been cancelled. Refunds are available at point of purchase.  Online buyers will be refunded in 1-3 business days. Please direct any questions to boxoffice@mokbpresents.com. You can follow our ongoing list of affected shows here: http://bit.ly/mokb-hifi-covid19updates

Exceptionally versatile singer-songwriter Maggie Rose released her highly anticipated album, Change The Whole Thing, September 21, 2018. The album was named by Rolling Stone as one of the “Best Albums of 2018”. Stamped with her affinity for finely crafted melodies and intricate storytelling, the project encompasses a blend of American music melding Rock, Soul, Rhythm and Blues, Country and Gospel. Recorded entirely live at the famed Starstruck Studios in Nashville, TN and released to overwhelming critical-acclaim, Rose marked major milestones with first-time performances on NBC’s “Today Show,” Southwest’s Live at 35, a debut at AmericanaFest with a show-stopping performance as part of WMOT/NPR’s Wired In series, AOL Build, Paste Sessions and more.

Implementing an impressively demanding method highlighting an artist in complete command of her ever-evolving creative process: live with her 13-piece "family band" in one take, no overdubs, no bullshit and a sound that is best described by the following quote from Rolling Stone:

"Maggie Rose has come into her own with this current earth-conscious, trippy country-soul stage of her ever-evolving musical persona...Rose's performances [during Bonnaroo] showed her embracing her inner soul diva, belting with fire on 'It's You' and the pulverizing 'Pull You Through.' Just to drive the point home, Rose and her band even stretched out on a swinging cover of 'The Letter,' doing a more-than-respectable impression of the funky Mad Dogs & Englishmen arrangement originally sung by Joe Cocker."

Rose’s ability to embrace her creative freedom in the studio as an independent artist and capture the synergy of her live performances continued to open the floodgates. Critics raved about her live performances including Rolling Stone who named her in their list of 20 Must See Acts (out of 700), USA Today who named her in their list of “...performers who’ll go above and beyond, define a moment…,” and  The Nashville Scene who called her performance, “...visually striking, full-sounding, and highly entertaining…” The Washington Post shared, “...louder, looser, more spontaneous...her voice, which has always threatened to incinerate the eyebrows of anyone sitting in the front row…” and Columbus Alive added that her voice “...could run circles around most of the singers on country and pop radio today…

In addition to her head-turning live performances, critics applauded Rose’s independent rise, after nearly a decade at various labels, both independent and major, and her ability to transcend genres performing with a range of artists. This past year, she toured nationwide on her headlining Change The Whole Thing tour, and made first-time festival appearances aboard the Cayamo Cruise, Peach Music Festival, and opened select tour stops with Rock icons Heart and Joan Jett and The Blackhearts, and pop superstar Kelly Clarkson.

Formed and honed in East Nashville by lead singer Brother Love, guitar players Alex Haddad and Kyle Lewis, and with the helping hand of a powerhouse rhythm section, Them Vibes shook the foundations of Music City with their blitzkrieg live show and soulful songwriting. Inflected with the rhythmic sway of The Faces and T-Rex, the raw energy of the Rolling Stones and the Black Crowes, and the whiplash funk of Sly And The Family Stone and James Brown, Them Vibes has risen to a sonic experience all of their own.

The band has opened for such legends as Cheap Trick, Lynyrd Skynyrd, and the Flaming Lips. With three records under their belt- Shine On, TV, Electric Fever- their songs have been featured on CBS's NCIS: LA, ABC's The Rookie. Showtime's Shameless, Amazon's Sneaky Pete, Netflix's The Ranch, and a National T-Mobile campaign. Their self titled single, Electric Fever, was ranked number 22 in the Top 200 Songs Of The Year by Nashville's number one independent radio station Lightning 100, WRLT.

Fresh off the road with Maggie Rose, Them Vibes roared back in the studio writing and recording their next record due out in the fall of 2019, featuring the unrelenting funk heavy single, "Right On," written by Alex Haddad, Brother Love, and Kyle Lewis, and featuring the brilliant, soul stirring vocals of Maggie Rose.

Their music revolves around a mixture of various Rock and Americana roots. Their sound: organic and pure. 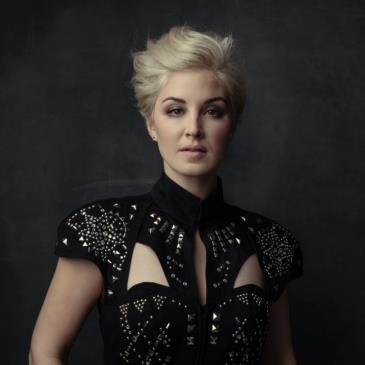