Shades on and shirts unbuttoned, Magic City Hippies generate the kind of heat that could’ve powered a high seas yacht party in the seventies or shake a Coachella stage next summer. If the trio—Robby Hunter, Pat Howard, and John Coughlin—stepped off the screen from some long-lost Quentin Tarantino flick in slow-motion (instruments in hand), nobody would question it. Embracing everything from AM radio rock and poolside pop to nimble raps and salsa, they lock into an era-less vibe with no shortage of psychedelic funk or hooks. The three-piece deliver the kind of bangers you can play on the way to the party, during the party, and to smooth over the comedown as the sun comes up.

As the guys so eloquently describe it, they “give people a choice to enjoy this on the surface level, feel funky in their bodies, and dance…or go deeper into the music.”

As legend has it, the origin of Magic City Hippies can be traced back to Robby’s days of permit-less busking in Miami. Eventually, Pat and John proved to be better accompaniment than his loop pedal, so the trio played regular bar gigs and built an audience locally. They formed as Robby Hunter Band, released the Magic City Hippies album, and adopted the title as their name. That LP gained traction in 2013 with syncs on The CW’s iZombie and Showtime’s Ray Donovan. On its heels, 2015’s Hippie Castle EP catalyzed their breakout as “Limestone” piled up over 21 million Spotify streams followed by “Fanfare” with another 20 million Spotify streams. They toured endlessly and moved crowds at Bonnaroo, Lollapalooza, Hulaween, Okeechobee Fest, Electric Forest, and Austin City Limits, to name a few. Along the way, the band also picked up acclaim from Relix and OnesToWatch as they dropped the fan favorite Modern Animal in 2019. When the world shutdown, the boys settled in different parts of the country (Rob “doing his Johny Mayer thing” in Bozeman, MT, Pat in Los Angeles, CA, and John still in Miami). Remotely, they wrote what would become their third full-length album, Water Your Garden, out January 2022. As things opened back up, the musicians put it all together in person.

Armed with singles such as “Queen,” the falsetto-spiked “High Beams” [feat. Nafets], “Diamond,” and “Ghost On The Mend” Magic City Hippies are ready to heat up their next chapter now.

The best things in life usually happen by accident, and the genesis of courtship is no exception. Micah Gordon and Eli Hirsch were both session musicians in LA. They ended up at a rehearsal for the same band, and during their downtime on the first day of the meeting they wrote "Stop For Nothing". They instantly realized they had something special, but neither of them were singers. At least they didn't think so. Eli, who is self taught and grew up playing in Portland pop-punk bands, recognized the true virtuoso hidden inside the scrawny frame of a fellow west coast Jew. “Micah, you can sing!” Although they are both Jewish kids from the west coast, Micah is a classically trained jazz pianist and was influenced by Stevie Wonder, Michael Jackson and Miles Davis, while Eli grew up with the likes of Blink-182, Passion Pit and Weezer.

Shortly after their debut and out of nowhere, NME was saying courtship had a shot at “becoming indie-pop’s next big thing,” and Zane Lowe live on Beats 1 was shouting on-air “the entire industry is freaking out, freaking out about this band!” The boys spent the rest of the last two years on the road touring with artists such as Passion Pit, the Hunna, Weezer, The Wombats and Night Riots while garnering millions of plays on DSPs. Last year, they haven’t slowed down; their recent singles “Guy Stuff” and “Amy, Run for the Hills” have seen millions of streams and the band finally had time off the road to put on their first headline shows in Los Angeles and New York which both sold out. The duo spent 2020 recording their next full length album - the first single, "Prom" came out this May with more music to follow in 2021. 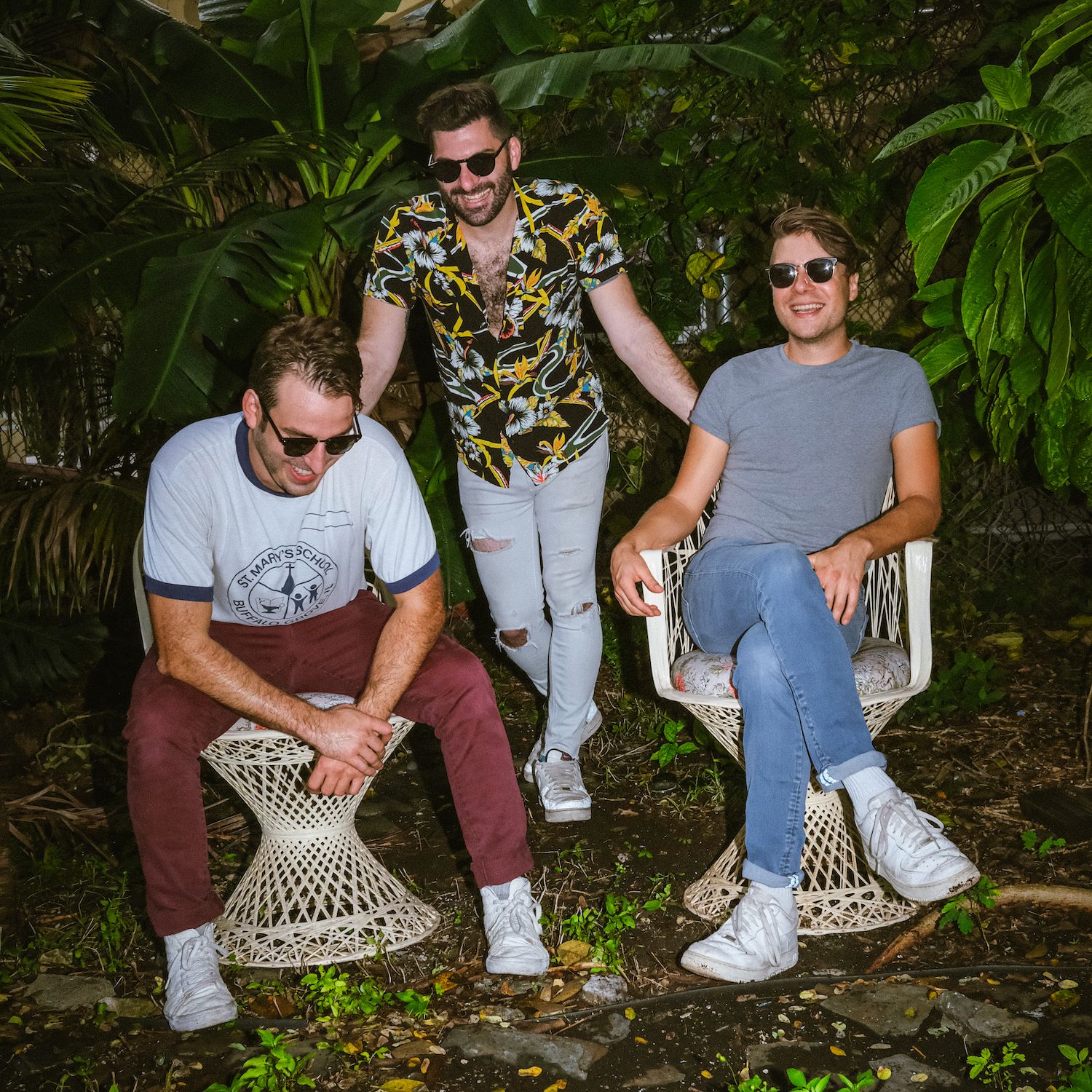