Makaya McCraven is a beat scientist. The bleeding edge drummer, producer, and sonic collagist is one of Chicago’s savviest cultural players and a multi-talented force whose inventive process & intuitive, cinematic style defy categorization.

French-born but raised in the Pioneer Valley of Massachusetts by expatriate musician parents, McCraven studied Jazz at the University of Massachusetts Amherst under the mentorship of jazz luminaries Archie Shepp, Marion Brown, and Yusef Lateef, and eventually went on to develop his chops in Chicago’s burgeoning scene.

His breakthrough album In the Moment was released with International Anthem Recording Co. (IARC) in 2015 and received widespread acclaim, proving to be a dramatic statement by McCraven that quickly launched him into the vanguard of not only Internationally-known jazz artists, but also a niche genre of next-wave composer-producers blurring the boundaries of jazz & electronic music.

His recent releases, the DJ-style mixtape Highly Rare (IARC, 2017) as well as an internationally recorded Where We Come From (CHICAGOxLONDON Mixtape) (IARC, 2018) have been well received globally, leading to increased bookings in some of the world’s best clubs, theaters, and festivals alongside the likes of Corey Wilkes, Bobby (Baabe) Irving (Miles Davis), Ari Brown, and Bernie Worrell.

Mike Casey is a melody poet. The story-telling songwriter & producer is a multi-talented force whose soul stirring saxophone sound and creative conception reaches out with love & embraces your musical desires, one note at a time. Bringing the joy of jazz across genre lines to a diverse audience around the world, Mike’s music has passed 15 million streams since 2017 with support from the BBC, Huffington Post, Forbes, NPR Morning Edition, Downbeat, JazzTimes, Jazz FM, Spotify's "Best Jazz of 2020 + 21" & countless others.

In 2020, his genre bending jazz fusion trio was 1 of 5 global finalists in the largest ensemble based competition in jazz: the DC Jazz Festival's "DC Jazz Prix".

On a mission to be a passionate vessel for “jazz” in the 21st century, his searing sound, always aiming to tell a story, demands the attention of the listener. He's collaborated with GRAMMY/Emmy nominated artists as diverse as Nat Reeves, Benito Gonzalez, Brandee Younger, Zaccai Curtis, Justin Faulkner, Marc Cary, Apple Juice Kid and some of his generation's finest like Julius Rodriguez, CARRTOONS (Ben Carr), Andrew Renfroe, Taber Gable, & Alex Claffy. Mike loves to pose musical "questions" to the audience, keeping them engaged, & FEELING. Cognitive dissonance is a core concept in Mike’s work, which has brought him to notable stages like the Kennedy Center, BRIC Jazz Fest, Auditori Nacional, Side Door Jazz Club, City Vineyard, Minton's, Jamboree, & Future Music Forum. 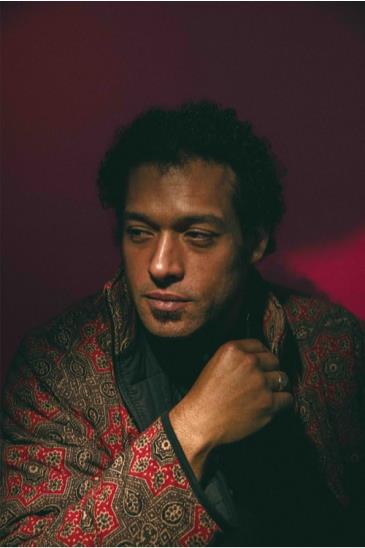