Prized producer, songwriter, and collaborator Mallrat – aka Grace Shaw – is a master of clever, timeless pop. Her trio of early EPs – Uninvited (2016), In The Sky (2018), Driving Music (2019) – are documents of an artist on the rise. Mallrat has garnered attention from the NY Times, NYLON, NPR, and more. PAPER named her in their "100 Women Revolutionizing Pop," after making it onto the "Best of" lists by The Fader, Billboard, NOISEY, NME, Triple J, and Teen Vogue. At home in Australia, she continues to place Top 5 on Triple J charts. In the states, she made her late-night TV performance debut on the Late Late Show With James Corden, while in the UK, winning "Best Australian Solo Act" at the NME Awards. She has toured both at home and internationally, including supports for Maggie Rogers, Post Malone, and King Princess, selling out headline shows from London to New York, and collecting fans in the likes of Mark Ronson and Azealia Banks along the way.

Now, the multi-talented artist and performer Mallrat announces her debut full-length, Butterfly Blue, where she embodies the spirit of its titular creature, but without the delicacy that keeps you at a distance. Over a dozen clever and open- hearted tracks, she draws you in close and shows you the world through her wide, hopeful eyes.

"I've always valued music that is interesting, beautiful, and unpretentious. Something timeless and not reactive," Shaw says. "'Butterfly Blue' was made with that in mind. It's a demonstration of not pretending to be anyone else."

Released alongside the record is album highlight “To You,” which comes fresh off the back of the year's most unexpected collaboration “Surprise Me (feat. Azealia Banks)” and its critically acclaimed predecessors “Your Love,” “Teeth” and “Rockstar.”

Butterfly Blue solidifies Mallrat's reputation as a master of clever, timeless pop. Sweeping across vast, airy production is often surprising samples and sounds tucked under the surface: chopped-up Gangsta Pat bars, a flipped recording of a children's choir performing Lisztomania. Distorted effects were recorded from discarded children's toys – a sonic gift from Clams Casino producer. Layered, like an instrument all their own, are her signature breathy vocals, more assured than ever.

The 12-track release marks a triumphant debut from Mallrat, one that solidifies her reputation as a master of clever, timeless pop. Having won early praise from the likes of The Guardian, NME, Rolling Stone, Pitchfork, and Paper Mag, Butterfly Blue is taking Australia's pop princess global.

Mallrat's journey to become the artist capable of making such an accomplished record has been a fascinating one – to watch and experience. Describing the metamorphosis of her favorite insect, she explains: "The transformation they undergo is almost incomprehensible. They dissolve into goo and then reconstruct themselves – but hold onto the memories of their time as a caterpillar." A symbol of reinvention, Butterfly Blue is a full-circle moment for Mallrat. 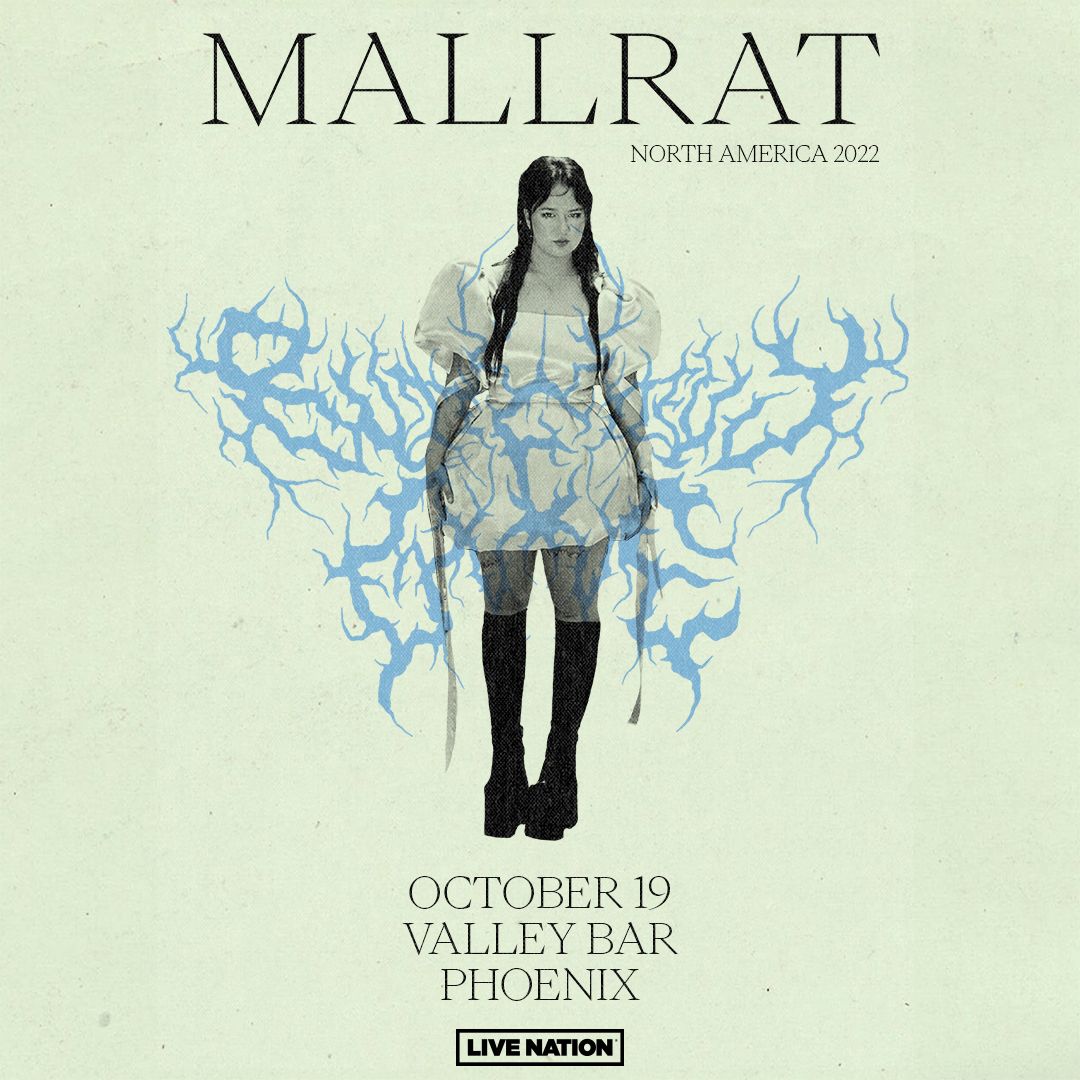