Honus Honus (aka Ryan Kattner) has devoted his career to exploring the uncertainty between life’s extremes: beauty and ugliness, order and chaos. The songs on Dream Hunting in the Valley of the In-Between, Man Man’s first album in over six years and his Sub Pop debut, are as intimate, soulful, and timeless as they are audaciously inventive and daring.

At the end of 2015, Man Man went on an unexpected and unforeseen hiatus, and thus began a period of creative reinvention for Honus. He worked in music supervision and on scores (The Exorcist, Superdeluxe, Do You Want to See a Dead Body?). He acted in the indie film Woe (“I played a park ranger, a nice guy in a sad movie.”), So It Goes, a short musical film with Mary Elizabeth Winstead, and starred in the award-winning tour documentary Use Your Delusion. He also developed an animated series, wrote film scripts, a graphic novel, a neo-noir TV pilot, and briefly penned a music column for The Talkhouse all while continuing to work on new music, such as an unreleased kids’ record, another Mister Heavenly album, a self-released Honus Honus record, and a conceptual art/noise project Mega Naturals. He was sleeping 2.5 hours per day.

In the midst of this Man Man sabbatical, Honus began piecing together what would become Dream Hunting in the Valley of the In-Between. He recruited longtime-creative collaborator Ghahremani to help him produce. Written in a friend’s LA “guesthouse” (more shack than chic) that had “an old upright piano, a thrift store lamp, and nothing else,” it was an arduous, three-and-a-half-year process, “I had chord progression notes that looked like chicken scratch and lyrics on pieces of paper stuck all over the walls. It looked like I was about to break the big case, catch the killer,” he says, laughing. “One of the best things about this time, in these ‘lost in the wilderness/surreal exile from my own band’ years, was that I finally found players who believed in me, trusted my vision, respected my songwriting. It was rejuvenating.”

“I started Man Man because I saw Holy Mountain when I was 22. It blew my mind. I had never been in a band or played music before, but I knew I needed to make songs that sounded like that movie felt,” he says. “When I was hunkering down to write, there was a lot of self-doubt, fighting the urge to throw in the towel. It was unavoidable but I had to dive headlong into these fears and twist them into something that wasn’t dominated by them. I’m not gonna lie, it fucking sucked, but it definitely forced the best album of my career out of me. Sometimes you have to tear it all down to build it back up the right way.”

Kattner caught the killer. He is currently sleeping 3.5 hours per day. Hope reigns. 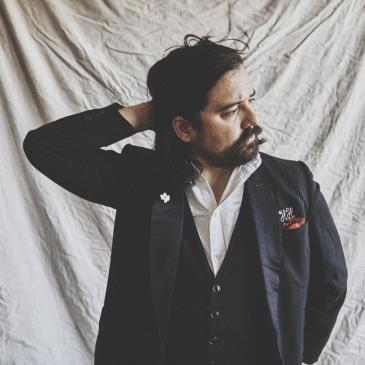