At the start of 2020, everything was looking up for Mannequin Pussy. The Philadelphia punk band had released their third album, Patience, to abundant critical acclaim, and was touring steadily behind it. After nearly a decade of playing, the band finally had gotten the chance to turn music into a full-time occupation. And then, just as their career was lifting off, the world around them collapsed. COVID-19 reached the United States, rescinding life as many people knew it. Live music shut down. Mannequin Pussy had just played a final show in Chicago when the group had to cancel the remainder of their tour and travel back to their home city. For a while, it seemed like maybe the lull would be temporary, a brief pause before things could resume as they were. And then the numbers ballooned, and the months stretched on, and memories of rooms packed with strangers started to feel alien, dangerous even in imagination.

Even the songs written before the pandemic take on a new valence after a year of its frustrations. "I'm in control That's what I tell myself when all the walls around me close in," Missy sings in the prescient opening lines of "Control." Tuneful and brash, with a white-hot molten core, the songs on Perfect thrash against the learned helplessness that has settled in on the cellular level under lockdown. Social media algorithms apply pressure to perform even from the depths of that powerlessness, to construct the image of a bountiful life in times of extreme scarcity. From the smolder of "Pigs is Pigs" to the melancholic, contemplative "Darling," Perfect digs into the cracks of that compulsory veneer, and let loose everything simmering beneath it. The anger, frustration, loneliness, and resentment of a year spent locked away all come sputtering forth. And once they've rushed out, once the air clears from their tumult, there's suddenly a little more space to seek out calm, to find solace. There's an opening forward into whatever comes next in the rush and the mess of living.

Empath goes far beyond the sound of birds faintly chirping. They’re a band that writes songs like communing with nature, bringing all their fuzzed and tripped out idiosyncrasies into harmony. Empath began in 2016 when Garrett Koloski, Emily “Jem” Shanahan, and Catherine Elicson moved into a house in West Philadelphia together, with Randall Coon joining shortly after. Even with the simple vision to shred, there’s a natural sensitivity in the way Empath communicates. Between the contrast of Elicson’s lush, almost delicate vocals, Koloski’s boisterous drumming, and the half-harmonious wash of guitar and Shanahan and Coon’s synths, Empath equips us with a healthy dose of emotional repose.

August Greenberg and Tyler Asay left a Philly open mic night at 4 a.m. and started a band. That split decision defines Riverby at its core, a power-pop outfit fueled by teenage optimism and the timeless power of a punchy one-liner. Bassist Doug Keller was scooped up during a smoke break between sets, and Dan Nazario joined soon after on drums. Smart Mouth, the band’s debut album, came together much like their lineup—sporadically, then all at once. And like Riverby’s beginnings, Smart Mouth shows confident noise sometimes emerges from the darkest of hours.   Smart Mouth finds vocalist/guitarist Greenberg revisiting pieces of their past while confronting new territory for the first time. “The Tell Tale Heart” pushes past anguish and self-doubt to reassess personal tragedy—Greenberg wrote the first verse at nineteen, only to return to complete the lyrics six years later. “Nose to Nose,” with its smirking guitar line, sets up Greenberg’s appeal for self-confidence. You’d never guess it’s the first song they wrote on electric guitar. Closer “In My Dreams” points to a future after an album taking patient stock of the present. According to Greenberg, writing the song “felt like I was entering the eye of a hurricane and I could see clearly even though everything around me was falling into chaos.”   Produced by Justin Nazario and mastered by Ryan Schwabe (Beach Bunny, Hop Along), Smart Mouth is a testament to what can happen when you move with, not away from, life’s ups and downs. 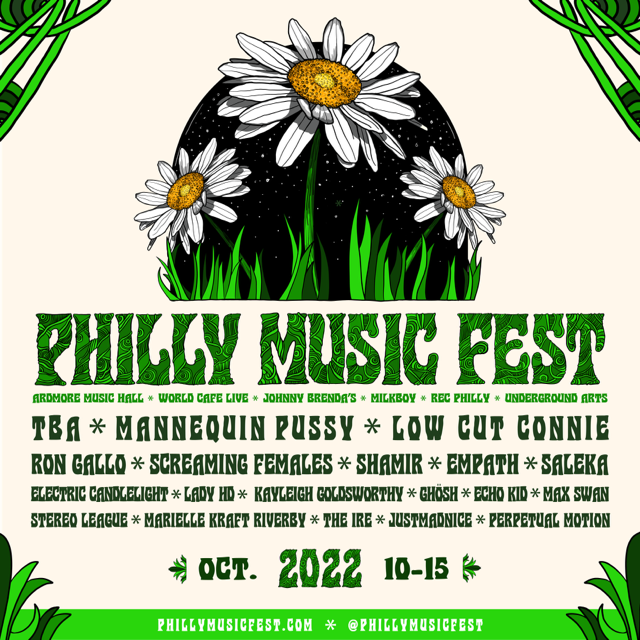