Due to unforeseen circumstances the Marc Broussard show on December 10 has been cancelled. Tickets can be refunded at point of purchase.

Marc Broussard is a singer, songwriter, performer, and humanitarian. His commitment to making the world a better place is a mantra that he has been bound to since the beginning of his career. It has always been about tying music to a mission, one reason that his new studio album entitled A Lullaby Collection SOS III and book, I Love You For You, were created to educate and inspire younger audiences.

The album, the third in Broussard’s independently released SOS (“Save Our Soul”) series, finds him re-imagining a series of standards that are easily identified as lullabies—songs such as “Danny Boy,” “Sweet Baby James,” “Moon River,” among others, which are calming, soothing and enticing all at the same time. The 11-song album also includes two Broussard originals, "Bedtime" and "Gavin's Song." 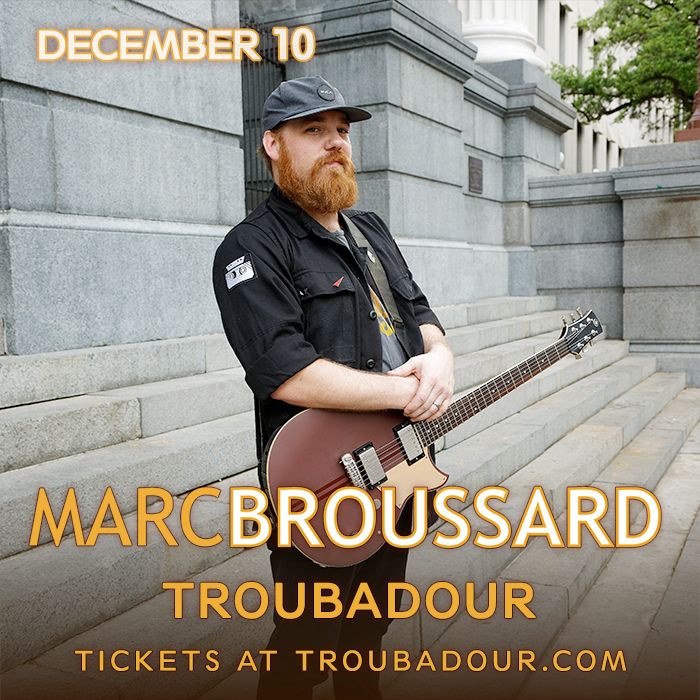