Processing...
Tickets
Tickets are available at the door for $17

Note for note, Marc Ford ranks asone of the world’s preeminent guitarists. Even so, his songcraft commands theutmost respect. Ford is no one trick pony. Keyboardist Johnny Neel once said:“Marc Ford’s an actual genius. He has the best guitar sound I’ve ever heard.”

Ford’s career began in Los Angeles during the1980s. His group, Burning Tree, captured the essence of his guitar virtuosityand songwriting.

He joined the Black Crowes in late1991. Ford toured and recorded on three of the Crowes’ finest albums--The SouthernHarmony and Musical Companion, Amorica, and Three Snakes and One Charm. Ford’stenure in the Crowes found the group operating at a zenith. He rejoined theCrowes in 2005-2006 when they toured and released The Lost Crowes--two albumsthe band never released when he was a member.

In 2002, Ford released his firstsolo album, It’s About Time. During this era, Ford experienced the highs andlows of surviving in a cutthroat music business through the years as well asbeing a dedicated family man. Ford’s following solo albums included Weary AndWired (2007), The Fuzz Machine (2010) and Holy Ghost (2014). 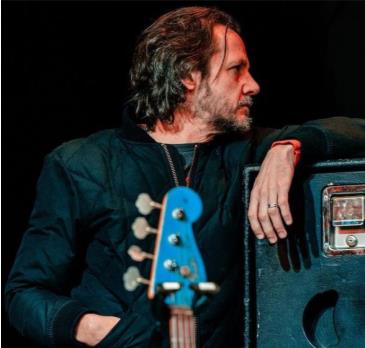