If you crane your neck just right—if darkness lifts the diamond kite—if bears decamp and the spider spins—you just might hear dzuls in the wind, from the desert library at night. dzuls gleefully twists strands of indie, folk, and rock music and steeps it all in gin-soaked visions of Americana. With members hailing from New York City, San Francisco, and Austin, dzuls is based in Claremont, CA, a vision forged in the crucible of the chaparral.

Wax Owls blend indie, folk, rock and pop with a singer-songwriter approach that makes the best of lush instrumentation and expansive harmonies.
When they met through a mutual friend, bandmates Gerry Hirschfeld (singer/songwriter) and Chris Tsaganeas (drums) were both working as lawyers. After his mentor committed suicide, Gerry realized that life as a lawyer was unsustainable and unfulfilling for him. Yearning to return to his days writing music and touring with acts like Willie Nelson, Kris Kristofferson, Leon Russell, and Howie D (Backstreet Boys), Gerry quit his law job and converted his home office into a studio.Chris also found himself missing his days touring as the drummer of Fancy Reagan (Republic/Universal). He put aside his job and toured as the drummer for Atlantic records’ artist, Forest Blakk. Performing at venues like Red Rocks and The Greek was the catalyst for Chris to form his own project, Wax Owls. To round out the group, Chris brought in his former Fancy Reagan bandmate, Bobby Kay as the bassist and backup vocalist (#notalawyer).Wax Owls’ music has been featured on KCSN and CKJM, the in-store playlist at Starbucks, and in feature films such as What She Said. They attracted the attention of Kevin Griffin (Better Than Ezra) who continues to co-write and collaborate with the band.Capturing the spirit of classic American songwriting with an eye toward pushing the soundscape forward, Wax Owls music is both warm and inviting, as well as refreshing and new.
Wax Owls Spotify
https://www.instagram.com/waxowls/
https://www.tiktok.com/@waxowls
www.waxowls.com 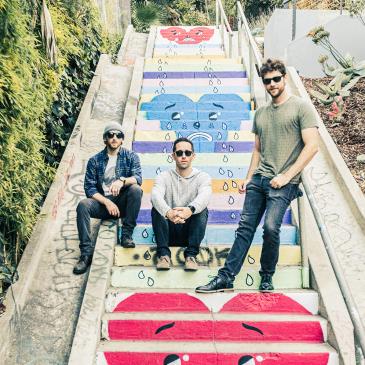