Mark Sixma is one of the only dance music artists to knock himself off the #1 spot in Beatport's trance chats, claiming both the #1 and #2 positions simultaneously. Besides his original tracks, which have been featured in video games and movies, Mark also collaborated with Armin van Buuren, W&W and KSHMR to name a few. On the live front, the long-time DJ/Producer brought his highly energetic performances to the biggest venues and the world’s largest dance music festivals as Creamfields, TomorrowWorld, A State of Trance and Ultra Music Festival whilst gaining support from the majority of the top DJ’s in the world on his originals and monumental remixes.

As a born perfectionist and skilled artist, a remarkable and undeniably swift revolution marks the past few years of UK’s Jordan Suckley. Going from one of the scene’s most promising newcomers and a roar in the underground to playing the world’s high-end clubs, events and festivals, launching his very own Damaged Records and hitting the top of the charts with originals and remixes, is a mere reflection of the hard work this guy’s put into it. Leaving the rising star status behind, following his instinct and creating a path of his own, sees Jordan Suckley set a new standard for the next generation in electronic dance music. 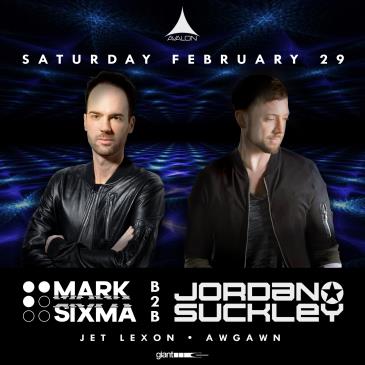