Refunds available at point of purchase.

If one could describe the perfect blend of Pop Soul with a touch of jazz and gospel such as Marvin Gaye, Nina Simone and Bill Withers wrapped up with John Mayer and a sprinkle of a 90's R&B vibe you would get Kansas City born, Matthew Grant.

Grant, the youngest of four boys, was brought up with surroundings that at times meant survival of the fittest as he grew up in the inner city with family members that were battling addiction. From nights where he had to scrap for food to sometimes not eating at all, Grant found solace in his love for music. Unbeknownst to his family. Matthew found his voice in the church and began to learn to play the piano.

Matthew knew if he wanted to make something of himself he needed to leave his hometown so when he turned eighteen, he left home to start his own journey and find his way. After a few years of college and moving around, Matthew found himself in a homeless shelter in New York before finally making his way to California and settling in Los Angeles to pursue his dream of sharing his voice with the world.

Josh Arbour, a 34 year old Singer-Songwriter, Musician, and Photographer. Born and raised in Los Angeles, California. Josh is making his return to the stage on Monday, January 17th at the Troubadour in West Hollywood after spending some much needed time away from music to focus on health and family while discovering a newfound passion for Photography but music and performing will always be dear to his heart. "The stage will always feel like home to me and I look forward to sharing new music.”

Wolf and Love’s Danny Wolf and Denny Love have turned their 15 year friendship into a musical career that grows stronger each day. This power duo does everything differently because they do it all themselves from the songwriting, producing, mixing and artwork right down to filming and editing their own music videos.

Their sound is on the cutting edge of pop music and also deeply rooted in the sounds of the 80’s and 90’s.  They are as much influenced by Janet Jackson and Mariah Carey as they are Dua Lipa and Bruno Mars.

Christine Noel is a Sacramento raised, Los Angeles based artist whose goal is to help people know that they're not alone using her own vulnerability. Her soaring melodies and introspective lyrics give you space to think and feel and her smoky, dynamic voice can’t be compared. She is an accomplished background vocalist for artists such as Andy Grammer, Jojo, Leona Lewis, Leslie Odom Jr., Natasha Bedingfield, and Israel Houghton 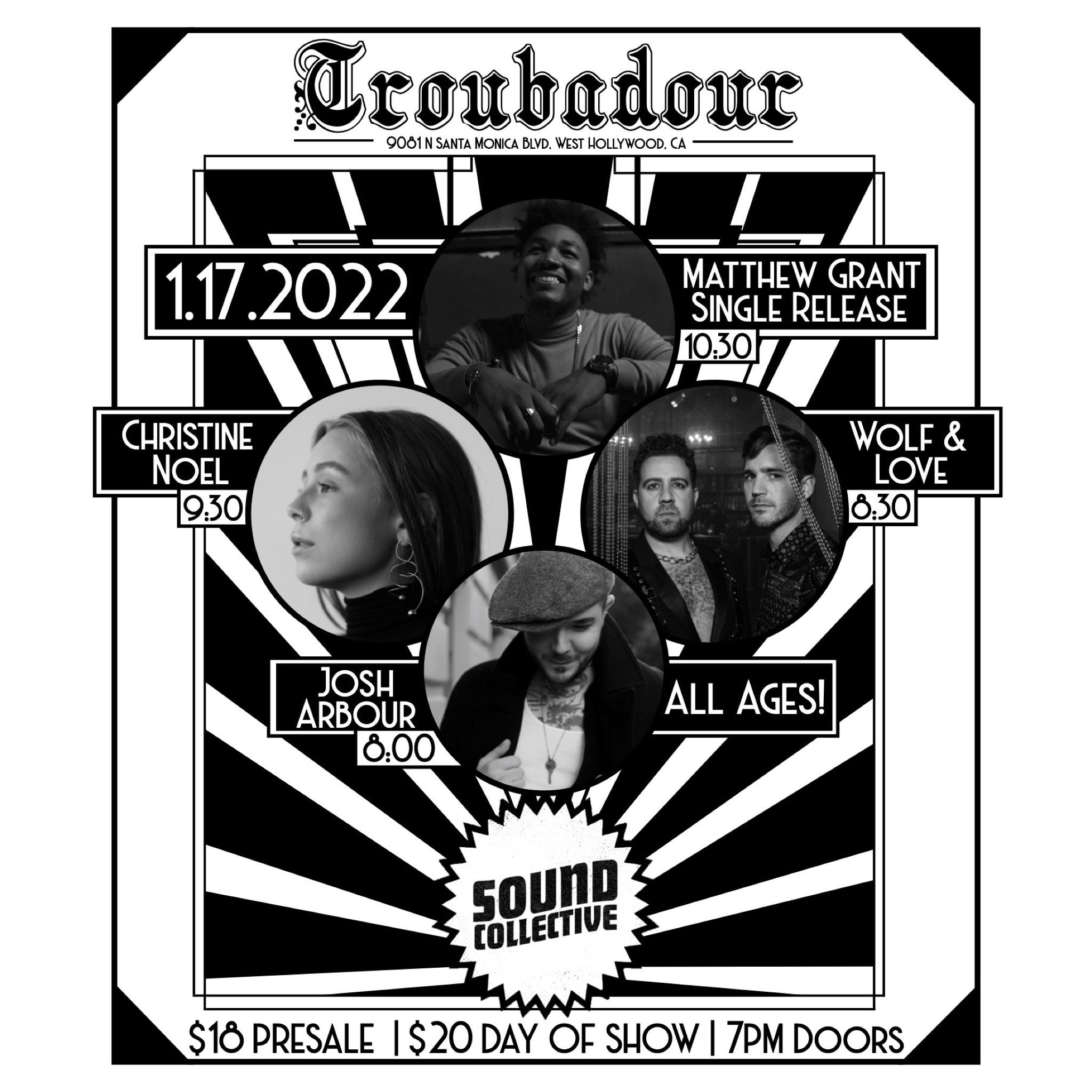