*SOLD OUT* Maude Latour at The End

Legacy Concerts at The End

Maude Latour
https://facebook.com/maudelstatus
https://instagram.com/maudelstatus
Maude Latour has a way with words. The 21-year-old singer, songwriter and current philosophy student at Columbia University has a knack for crafting the kind of stories that are at once both universal and specific -- the hallmark of a born storyteller.

"The written word is an important part of my life philosophy and religion," says Latour, who grew up between London, Hong Kong and Sweden before finally settling down in New York City. "I feel I'm in like some discourse with it always, some grand relationship with writing things down." Her songs, she says, are like journal entries in that they're "a declaration that I'm human, that I'm alive."

If that sounds a bit mystical, it's because it is. Latour describes her connection with her fanbase as "a little otherworldly," bolstered by the fact that to date she's responded to every DM and comment she's ever received. Ultimately, though, the music is the connecting glue that holds all the pieces together. "There's so many contradictions," Latour says of the reality we live in. "And yet, there are these moments of connection when we all realize it's the same molecules. Those moments are very accessible in my world, and I think it's my life's mission to bring them to the forefront of daily life through my music." 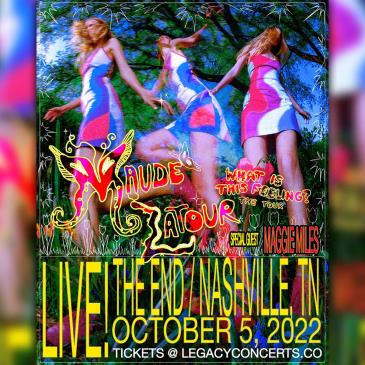