Between the two of them, Megan and Shane Baskerville have played just about every kind of American music you can imagine. Born in Wisconsin and based in the Southwest—with a lot of rambling in between—they’re veterans of punk scenes, bluegrass circuits, ska bands, even hip-hop acts, all of which informs their work with the School of Rock franchises they operate in Arizona. But nearest and dearest to their hearts is country music, which allows them a unique opportunity to meld all these disparate interests, and to air their darkest secrets. Defined by Megan’s force-of-nature vocals and Shane’s inventive guitar playing, their full-length debut, Daughter of Country, is a memoir set to music, every word the God’s honest truth, as the husband-wife duo re-create the sounds pioneered by their heroes, while putting their own personal spin on the genre.
"It’s like wanting another piece of cake even though you know you’re full. Delicious on all accounts."-Americana Highways
"the voice that is Megan Baskerville. The PR describes the voice as a “force of nature”. It is hard to disagree."-Americana UK
https://www.meganandshanemusic.com/

Elin Wolf is a Swedish singer and songwriter who traveled the world and brought her experiences and her love for nature into her musical realm.

Elin has already enjoyed success, racking up 70,000 listens on Spotify for the track Nighttrain to Yosemite. She has also garnered praise from industry heavyweights Robin Mortensen Lynch (Pink, Justin Timberlake), and Vanessa Liftig (Wu tan Klan etc) having worked with them on the tracks Strange flowers and Truth worth fight.

Elin Wolf grew up on a small Island in Sweden. Her dad was a former Hammond organ player in the progressive rock band “Motvind” (Counter wind) Her Second Cousin also being Max Martin, she has music in her blood.

Elin has always been a seeker and a nomad. Her artistry revolves around Freedom, female empowerment and poetic mysticism.

Astralux is a Los Angeles based Rock band formed by Cam Fadl (Bass), Michael Lieberman (Drums), Travis Frank (Guitar, Vocals) and Will Schlich (Guitar, Vocals). Drawing equally from Classic Rock, 90's Alternative, Pop Punk and Funk -- their sound is a cosmic blend of both old and new fused together into something timeless and indefinable. The band are in the process of recording their debut E.P., HIGHWAY 27, which is set for release later in the year. 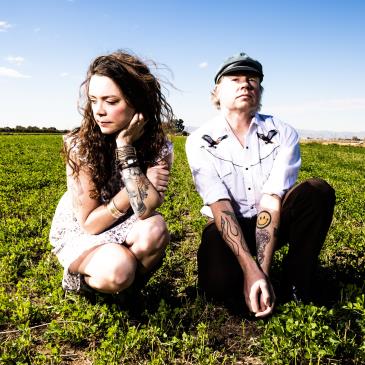