In celebration of the 10 Year Anniversary of Psychedelic Stereo, MiM0SA is back with volume 2!
Come check out the sounds from the new album dropping early 2020!! And a set full of nostalgic throwbacks and remixes from the original!!

Founder of FALSE iDOL MUZiK and the FUTURE TRiLL movement, MiM0SA has made a name for himself as one of the underground pioneers of the west coast EDM sound.

Hailing from The Bay Area, MiM0SA has traveled all over the globe for almost a decade now, selling out shows from The US to The UK, Canada and Australia. His live performances have caught the attention of noteworthy blogs such as Spin, who named him as one of the "Top 10 Acts at Bonnaroo". As a result, he chalked up early triumphs at other festivals such as Coachella, EDC, Made in America, Ultra, Beale Street, Noisy Neighbors (UK), Sunshine Festival (OZ), and Red Rocks just to name a few.
You can really feel him put his soul into this body of work. Whether it's big bass lines, sultry melodies or music that just can't be defined, MiMOSA continues to be a staple in the underground scene.

Mimosa launched a new project in 2018, Lost Ones, with world renowned DJ, Bogl. Their debut EP for the collaborative project is out on Muti Music.

Griffin March aka BOGL, is a self-taught DJ and music enthusiast originally from Las Vegas, NV. With his parties, Soundpieces, Bogl has been able to host and play alongside current left-field artists from around the world in San Francisco and beyond for years. His charisma is like that of a friendly ghost; he is kept close to your heart as one would a godfather, while basically existing as an untouchable phenomenon. He’s become known for appearing out of what seems like thin air to play an eclectic selection of bass heavy productions, take you to an unfathomable dimension, then suddenly vanishing to another far off place. It make us wonder how it’s even possible for Bogl to exist. 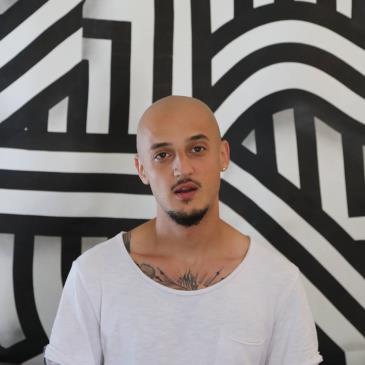