Michael Longfellow On The Main Stage

Michael Longfellow is a stand up, writer, and stepson from Phoenix, now based in Los Angeles.  While in Arizona, Michael was a regular at the Tempe Improv and Stand Up Live. He also helped run The Big Pine Festival, Arizona's debut comedy festival which now brings great comics from all over the country to Flagstaff every year. Shortly after his move to Los Angeles, he placed 2nd at the Laughing Skull Comedy Festival in Atlanta, was chosen as one of TBS' Comics To Watch, did Stand up on CONAN and can now be seen on Hidden America with Jonah Ray and Bring The Funny on NBC. 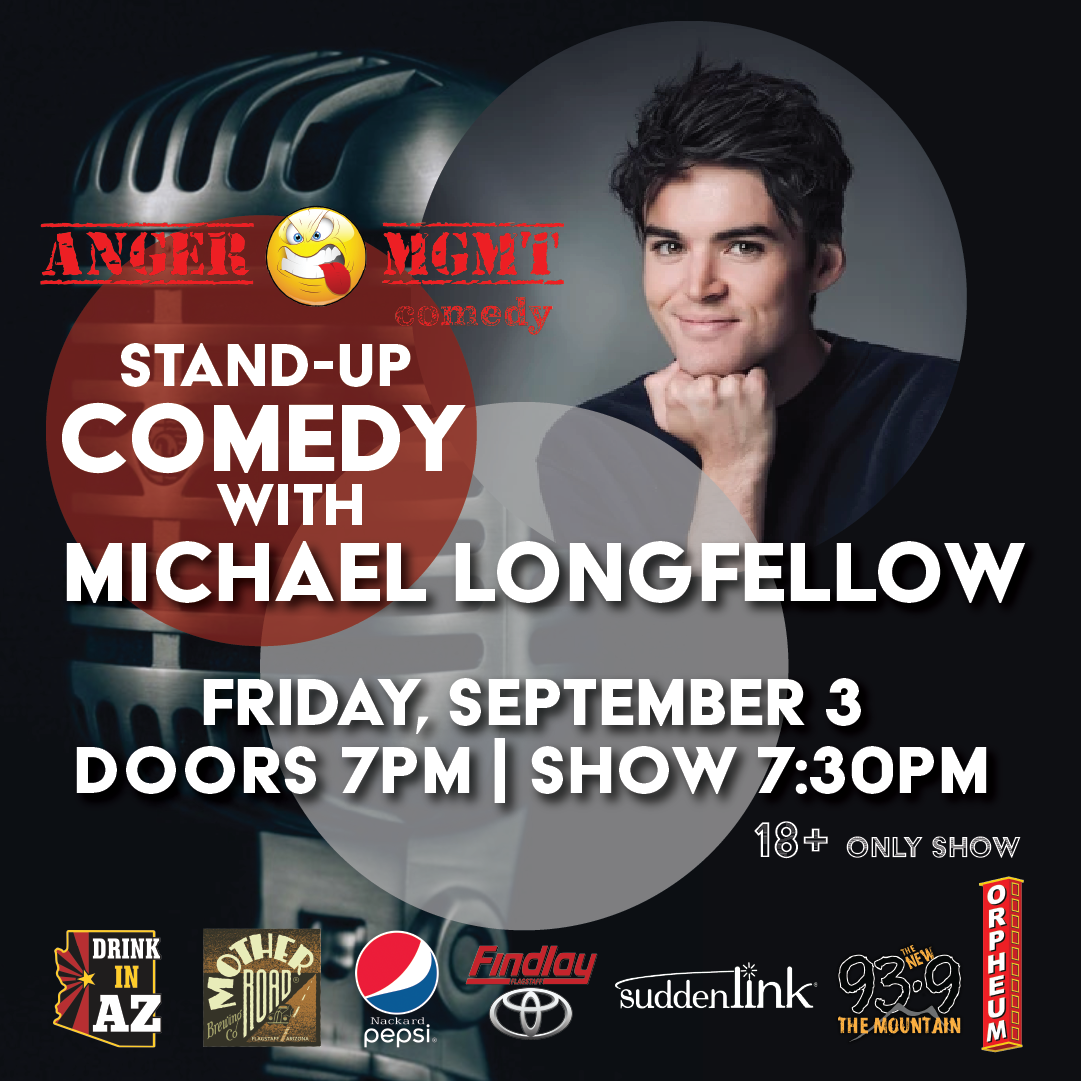