This show was previously scheduled for April 4, 2020 and September 10, 2020. All previously purchased tickets via Eventbrite will be honored and do not need to be changed, updated, or reprinted.

Lifelong friends and deep-north natives, Michigan Rattlers play heavy-hearted folk-rock with an aching dose of Midwestern nice. Graham Young (lead vocals/guitar), Adam Reed (vocals/upright bass), Christian Wilder (vocals/piano) and Tony Audia (drums) began writing music and performing together in their Northern Michigan high school. They regularly played every bar, cafe, and stage in town, developing a musical chemistry informed by the likes of AC/DC, Creedence Clearwater Revival, Bob Seger, and more. After a few years apart, Reed and Young settled down in Los Angeles, recorded a short demo, and began playing locally. The demo found its way in the hands of super-producer Johnny K, and they cut the bulk of their first EP at NRG studios in just one day. This self-titled Michigan Rattlers EP attracted glowing reviews from No Depression, Bluegrass Situation, Relix, Glide, Grammy.com and more. Rolling Stone named the band one of their “Ten New Country Artists You Need To Know.” In 2018, following a massive summer tour that included stops at Bonnaroo, Firefly and Electric Forest; the band released their highly anticipated debut full length album, Evergreen, and added pianist Christian Wilder and drummer Tony Audia to their lineup. The Michigan Rattlers are currently in the studio recording their second full length album in between tour dates.

The Cerny Brothers' newest release, Looking for the Good Land, is a heartland rock & roll album anchored in the anthemic spirit of Bruce Springsteen, John Mellencamp and other blue-collar bandleaders.
﻿
Since releasing their debut album, Bob and Scott Cerny have built their audience on the road, traveling far beyond their homes — including rural Illinois, where the brothers were raised; Los Angeles, where they sharpened their chops during the band's early years; and Nashville, where both siblings currently live — to play a string of dive bars, living rooms, clubs, and theaters. It's been a musical trial by fire. On countless nights, they've been the new kids in town, relying on their songs not only to make a good impression, but to cut through the clamor of a noisy bar in an unfamiliar city. That kind of touring will sharpen your songwriting. It'll make you louder, too. With Looking for the Good Land, the Cerny Brothers' music takes on an epic edge, expanding far beyond the folksy, acoustic-based sound of their earlier albums to embrace the storytelling, supersized hooks, and cinematic punch of American rock.
﻿
Traveling from town to town also opened the brothers' eyes to the diversity of U.S. society. They made friends in liberal cities, conservative towns, and everywhere in between. Along the way, Bob and Scott Cerny took note not only of the things that make each American unique, but the connections that pull us together, too. They realized that regardless of an individual's past, everyone seemed to have one thing in common: they were searching for their own peace of mind. Looking for the Good Land nods to that universal journey, examining what it means to be part of the American story.
﻿
"We're not looking to push any specific ideology," says Scott. "We're just making observations about what we've seen. Across the country, whether you're a musician or a plumber, you're looking for your piece of the American pie. Everyone is."
﻿
Decades before Looking for the Good Land's release, Bob and Scott Cerny spent their childhood summers upstairs, recording their first songs together in their Illinois bedroom. Downstairs, their two parents led by example, both of them working tirelessly to turn the American dream into a reality. Dad was an army engineer with a degree from West Point and a strong set of Midwestern values, while Mom was an outspoken, Spanish-born immigrant who relocated to America at 18 years old. They formed a diverse and devoted pair, instilling a strong sense of brotherhood and workmanlike drive in their boys. The Cerny household wasn't filled with music, exactly — the brothers were left to discover their favorite artists on their own — but it was filled with love, which laid the foundation for the Cerny Brothers' strong family dynamic.
﻿
Coincidentally, Bob and Scott Cerny began making demos for Looking for the Good Land at Bob's house in Nashville, a move that echoed their very first homemade recording sessions as a band. The actual album was tracked at Cowboy Jack Clements' iconic studio, however, where the brothers captured a high-energy sound — including Bob's pounding piano, Scott's electric guitar, plenty of vocal harmonies, and the insistent heartbeat of a four-on-the-floor kick drum — in the same room that once housed country icons like Johnny Cash. The siblings had never recorded in Nashville before, and they made good use of the city's musicians. The result is a big-sounding album that tackles even bigger topics.
﻿
"Our producer described Cowboy Jack's studio as the Millennium Falcon of Nashville studios," says Scott. "Not the fanciest studio in Nashville, but it'll get you to light speed."
﻿
Much of Looking for the Good Land deals with what it means to be an American in the modern age. Songs like "American Whore" examine the curiosities, controversies, and challenges of contemporary life in the USA, while the Springsteen-sized "Day of Thunder" finds its narrator bursting at the seams, ready to escape his Bible Belt upbringing and explore life beyond the city limits.
﻿
"'American Whore' was born out of frustration," says Bob. "So many of us rally against capitalism and consumerism, yet we don't always admit we're all a part of it. That system is a product of us, for better or worse — not the other way around. It frustrates me. This 'hate America' thing has been going on for a long time, yet most people I know simultaneously take part in it. We just need to be honest with ourselves. I think we’re all just looking for the good land."
﻿
This is a personal album with a universal bent. It's music for all people — music that highlights the struggle found within all of us. 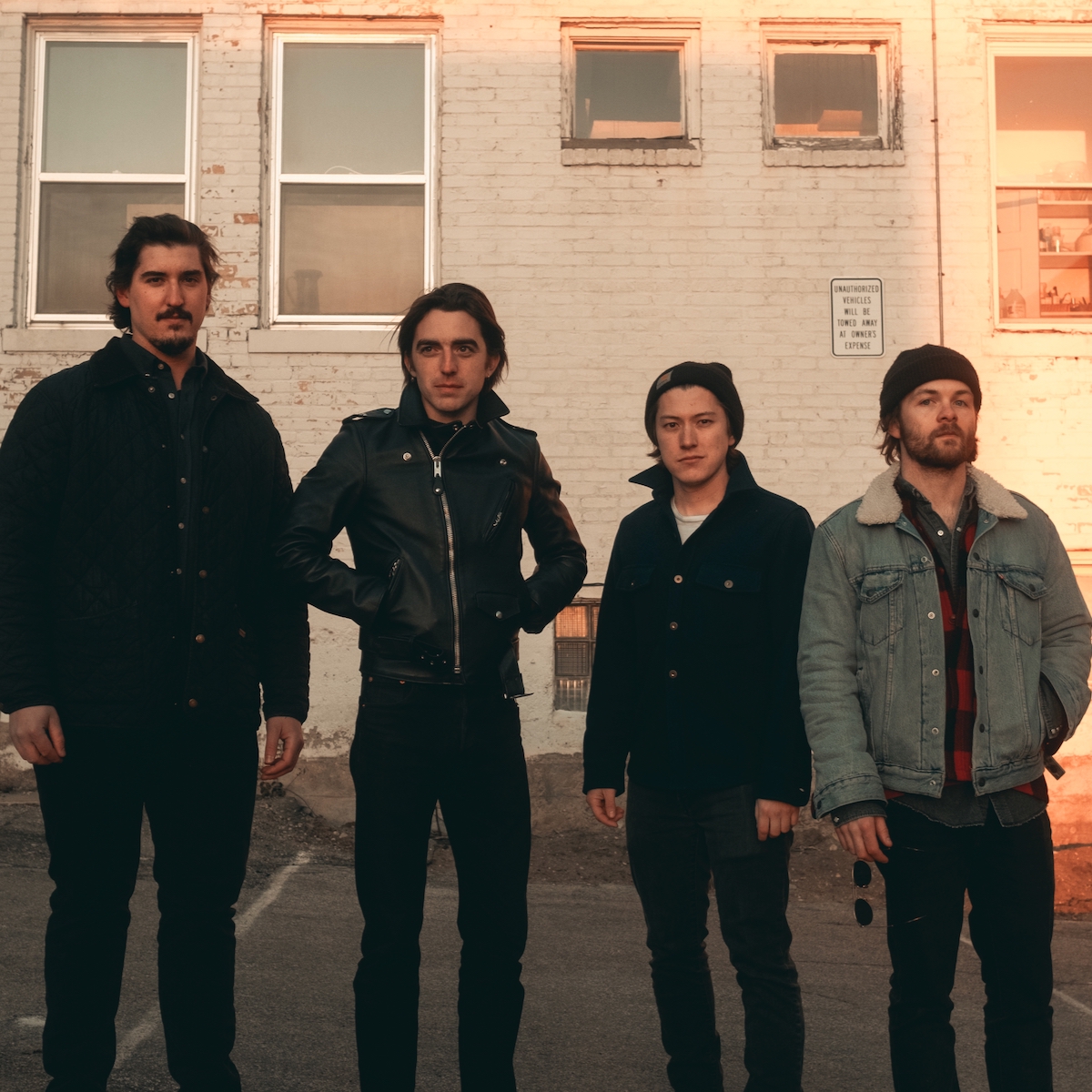