“This record is kind of about writing a record,” Mikaela Davis says. The 26-year-old is home inher native Rochester, New York, reflecting on Delivery, her highly anticipated full-length album,as well as the hard journey the classically trained, defiantly original harpist had to travel tobecome the writer and performer, she was meant to be.“A lot of these songs came from feeling stuck and also like people were pulling me in a bunch ofdifferent directions,” Mikaela says. “I wanted to say, ‘just wait for me. I’ll figure it out.’”Mikaela’s plea for patience - a little bit sweet, a little bit angry and raw - fed a fierce 10-songcollection. A joyride that pulls from rock, 70s and 80s pop, and funk, Delivery manages to beboth daring and comfortable, full of not just risks, but hooks.Produced by Grammy-winner John Congleton (St. Vincent, Angel Olsen, David Byrne, Clap YourHands Say Yeah), Delivery is a triumphant next chapter. “John tries to find that moment insteadof the perfect take,” Mikaela says. “That made it all sound really special.”Childhood friends Alex Coté (drums, percussion) and Shane McCarthy (bass) play on the record- already close from years of touring. Recently, Mikaela’s ensemble became a family affair withthe addition of Shane’s older brother, Cian McCarthy on guitar.Mikaela’s unconventional path to working songwriter began before high school, growing up inRochester. With plans to join a symphony, she studied harp performance at Crane School ofMusic, but halfway through, she decided the traditional harpist’s path wasn’t for her.Following graduation, Mikaela moved to Brooklyn, following in the footsteps of artists who’vecome before her. But in the city, she could never quite find her footing. She kept busy, toured,and recorded an album that would eventually be shelved. Feeling confused and alone, sheretreated back to Rochester, unsure of her next move.Then, the last place Mikaela wanted to be saved her. Rochester’s artistic community embracedher, encouraged by bandmates including Alex Coté and the group Joywave, she hit her stride.Rochester became Mikaela’s sanctuary.Delivery benefits from it all. “Now, these songs kind of wonder what I should be doing – it’s metrying to get myself back to why I started writing in the first place,” Mikaela says. “writing mademe feel better and safe when the world around me was falling apart.”“Just let my songs resonate with you somehow. That would make me so happy 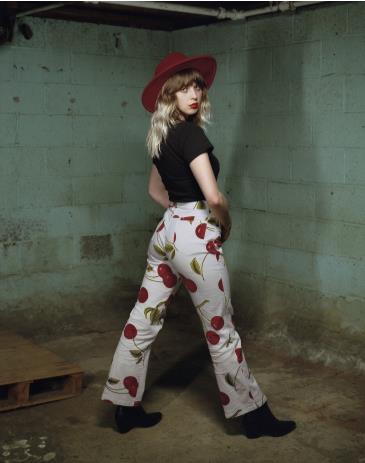