Mike Dawes is an English guitarist known for composing, arranging, and performing multiple parts simultaneously on one instrument. He is hailed as one of the world’s most creative modern fingerstyle guitarist with a repertoire spanning solo viral video hits alongside mainstream chart success performing with Justin Hayward from The Moody Blues. Dawes was named “Best Acoustic Guitarist in the World” by Total Guitar Magazine / MusicRadar in both December 2017 and 2018 readers polls.

Dawes’ recent solo album, ERA, spawned a viral hit with his arrangement of “One” by Metallica that has over 4 million YouTube views. His debut record, “What Just Happened?”, featured the fan favorite original, “Boogie Slam” and another viral hit with the Gotye song, “Somebody That I Use To Know” with almost 5 million YouTube views. Dawes is also featured on multiple Justin Hayward live releases such as​ Spirits...Live​, which debuted at #2 on the US Billboard Chart. Dawes also a strong reputation as a music educator, acting as a columnist for Guitar World and Acoustic Guitar as well as teaching multiple guitar workshops all over the world. In addition to touring North America and Europe with Justin Hayward, Dawes has also toured with fingerstyle guitarists such as Andy McKee and Tommy Emmanuel. Dawes has also been a part of several ‘International Guitar Night’ tours.

“He slaps, taps, and caresses his way to brilliance” Guitar World Magazine

“Mike Dawes is a wonderful musician and a dear friend.” Tommy Emmanuel, CGP

“He’s among the very best in the word. He’s exceptional, and I know you’re going to love him!” Justin Hayward (The Moody Blues) 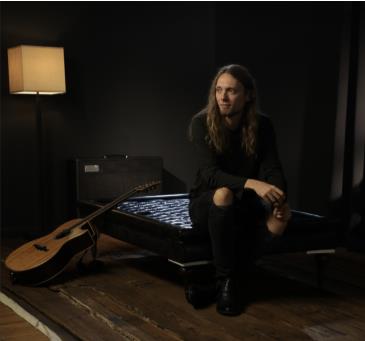