Minas, along with saxophonist Andrew Neu, will pay homage to the classic album Getz/ Gilberto, one of the most successful and revered jazz albums of all time. As quoted directly from Wikipedia, Getz/Gilberto “won the 1965 Grammy Awards for Best Album of the Year, Best Jazz Instrumental Album - Individual or Group and Best Engineered Album, Non-Classical”. The Girl from Ipanema, the album’s opening track, also won a Grammy in 1965. “This was the first time a jazz album received Album of the Year. It was the last jazz album to win the award until Herbie Hancock's River: The Joni Letters, 43 years later in 2008 ”.

Besides authentically performing the entire Getz/Gilberto album in Portuguese and English, Minas will present originals from its six releases, of jazz/ Bossa nova nature. The group’s recordings are available on iTunes, Apple Music, Amazon, CD Baby, Spotify, Pandora, and on minasmusic.com.

Nominated for 4 Grammy Awards in 2015 for the stellar album “Symphony in Bossa”, Minas has been synonymous with Brazilian music in the northeast for over 4 decades. Performing under its name since 1978, the ensemble is one of the most sought-after Brazilian groups in the United States today. Their interpretations of Bossa Nova, specifically the music of Antonio Carlos Jobim, are not only authentic, but their own. Featuring Orlando Haddad and Patricia King, the husband/wife duo reflects four decades of vocal and instrumental blending. Minas will perform as a quintet: Orlando Haddad (guitar, vocals), Patricia King (piano, vocals), Jim Stager (bass), Tom Cohen (drums) and featuring saxophonist Andrew Neu.
Andrew Neu and Minas have collaborated numerous times and their chemistry was right from day one. Andrew’s Stan Getz renditions not only bring Getz to mind, but are also his own. Neu has shared the stage with Sir Elton John, Patti Labelle, Mellissa Manchester, Mel Torme, Diane Schurr, Bobby Caldwell, The Philadelphia Orchestra, The Four Tops, and The Temptations. 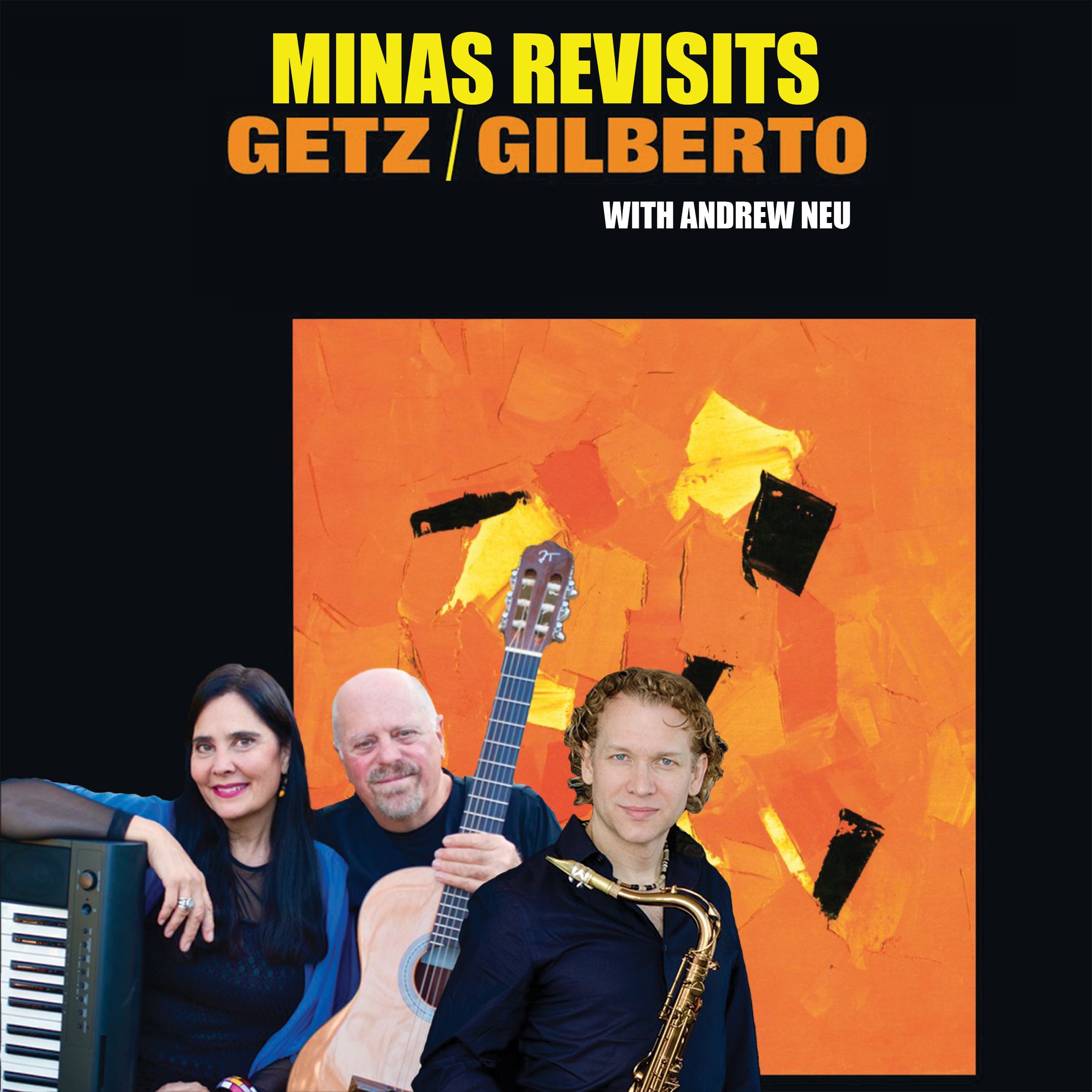