As a teenager in the 1960s, native Brazilian Orlando Haddad fell in love with the Beatles and credits the Fab Four as the inspiration for becoming a musician and later immigrating to the United States. During the same time period, American Patricia King had fallen in love with Sergio Mendes and Brasil ’66, while experiencing the Beatles by osmosis through her older siblings. When they met in the 1970s the duo’s passions for the music of North and South merged into the MINAS sound, clearly evident in this re-imagination of The Beatles fused with American Jazz and Brazilian styles of Bossa Nova, Samba, Choro, Partido Alto, Afoxé, Marcha Rancho and Frevo.

Beatles in Bossa (Nova) premiered as a live show here at World Cafe Live in November of 2017 to a sold-out audience. The new arrangements were so well-received that fans have since been asking for a recording. And so here it is, after 4 years, and a result of the pandemic. Available on CD and double vinyl, Beatles in Bossa is the 8th full-length recording produced, arranged, and performed by Orlando and Patricia Haddad, along with their band MINAS, featuring outstanding musicians who represent the MINAS sound cultivated by decades of playing together. 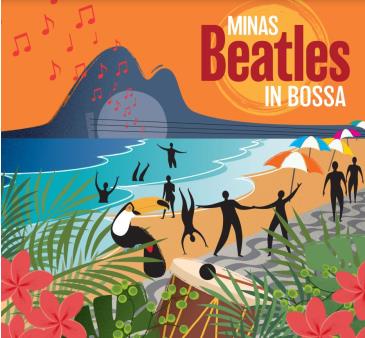