Legendary British band Modern English have just announced their upcoming 2022 North American headline tour. Performing its classic 1982 album, After the Snow, in its entirety—along with classics from its extensive catalog—the upcoming run will begin on Saturday, March 12 at Respectable St. in West Palm Beach, FL and hit all regions of the U.S. and select Canadian cities on separate legs through Saturday, September 24. A full listing of dates can be found below. Information on the tour, which will follow all COVID-19 restrictions and safety protocols, can be found on the band’s Facebook page HERE. Frontman Robbie Grey had the following to share about the upcoming 2022 North American run:

"When we finally play the whole of the 'After the Snow' album for the first time on tour, emotions will run high. Expect a lot of pent up energy and excitement. It’s been
a long time coming and will be worth the wait.” 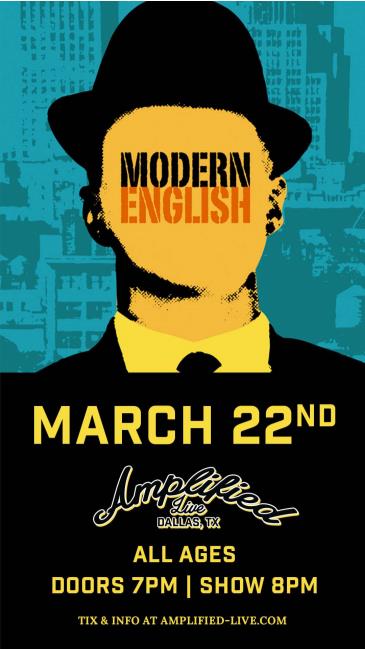