Molly Ama Montgomery, professionally known as MOLIY, is a singer and songwriter of Ghanaian and American descent. Deeply influenced by her rich Ghanaian ancestry, Moliy’s childhood fluctuated between Accra and Orlando, Florida where the musical sounds of Afrobeats, Reggae, Soul, Jazz, and Hip-Hop inspired her musical pursuits at a very young age. Her profound love for music was also inspired by frequent Karaoke performances alongside family and friends, which gradually developed her unique musical prowess with vocals and melodies that are deeply rooted in soul. Self identifying as a genre-bender who embraces all forms of music, Moliy took advantage of the global digital space to introduce her creative versatility and sound through provocative freestyles on social platforms.

Despite a year beset with a global pandemic in 2020, Moliy captured audiences by strategically releasing Wondergirl, an impressive body of 6 tracks that lends itself to a distinctive Afro-Fusion Sound which boldly launched a defining moment in her career. The EP has successfully cut across the shores of Ghana to gain airplay in The Gambia as well as Kenya. Moliy’s musical skill and vivacious personality afforded her the opportunity to perform as a a special guest on MTV Base’s Lounge; a musical series that showcases intimate virtual performances by African artists. In the latter portion of 2020, Moliy collaborated on Amaarae’s omnivorous debut album, The Angel You Don’t Know. Moliy boldly showcases her impressive diversity on the tracks, Feel Away and Sad Girlz Love Money, firmly establishing herself as an artist to be reckoned with.

As one of Ghana’s foremost new artists, Moliy’s main objective is to authenticate herself in the new crop of vibrant female singers that are carving a path for themselves in the mostly male-dominated industry. With Ghanaian music on the global rise, expect to see and hear Moliy on stage and platforms worldwide for years to come. 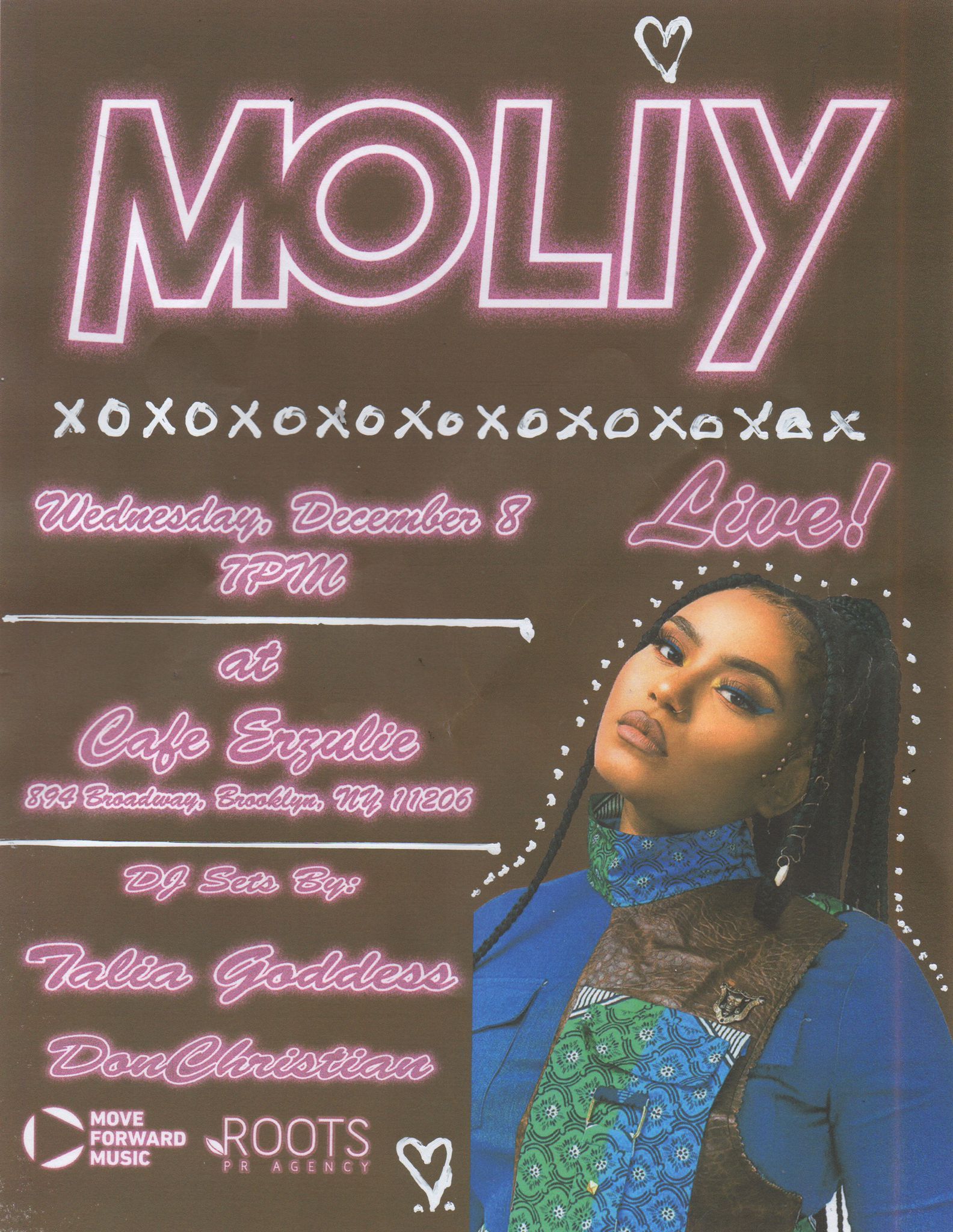