Cam Cole with Andrew Harris (of The Naked Sun) at MilkBoy

What could have killed any momentum he had, Cam turned into an opportunity to connect with the fans he had gathered. The advantage of being a one-man band is that rehearsals are rather easy to set up - especially in a socially distanced world. And even the drummer shows up on time if you are the drummer yourself. And so Cam stayed in touch and visible with his "Sounds From The Van" video series, streamed directly from his van rehearsal room. He released a live album recorded on the streets of Camden before the pandemic, which reminded everyone what we were missing. And after appearing as himself in the Golden Globe-nominated Apple TV series "Ted Lasso", Cam found that during the pandemic his audience had more than doubled in size. 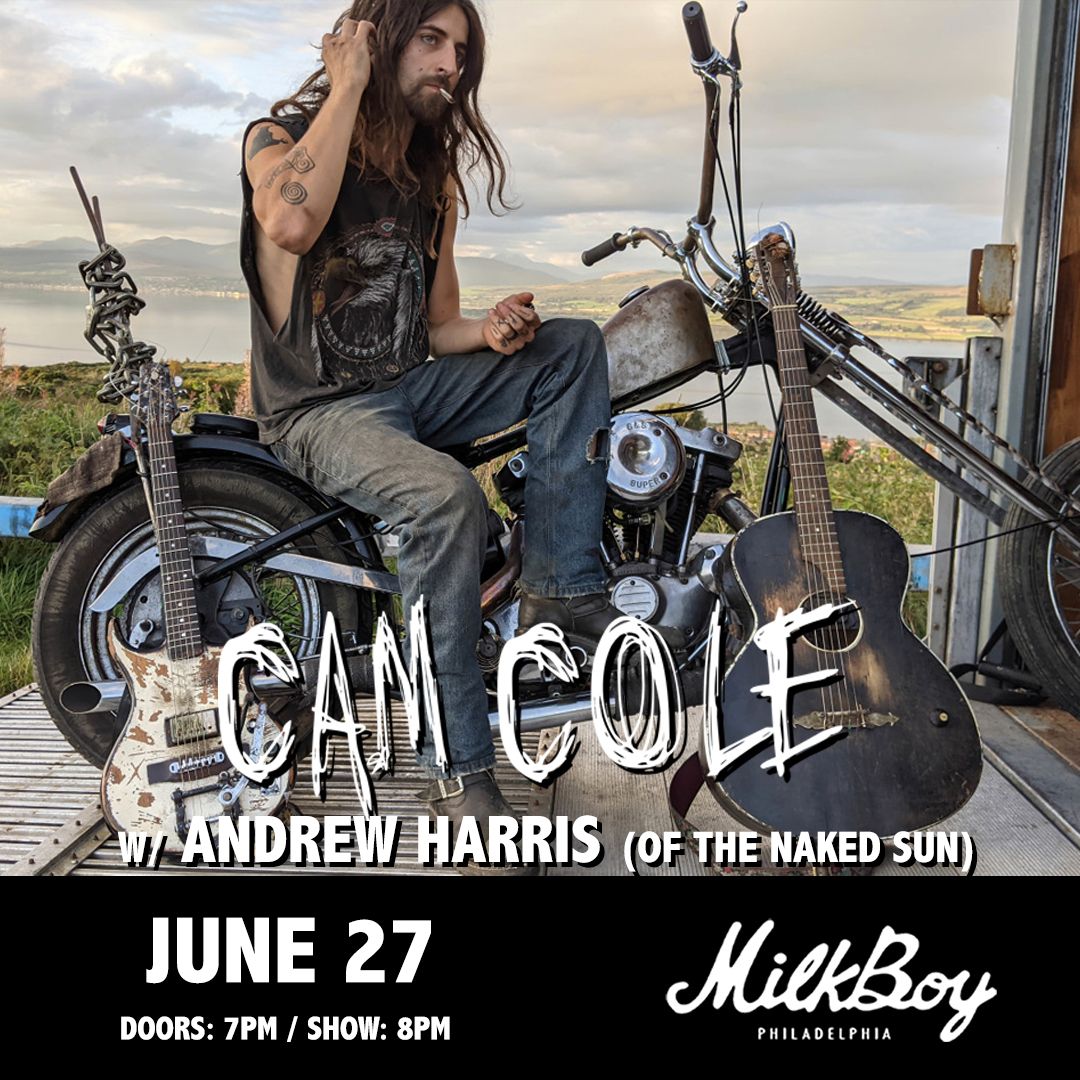 Andrew Harris (of The Naked Sun)