Proudly independent and unapologetically Southern, country duo Muscadine Bloodline find their true voice on their upcoming new album, Dispatch to 16th Ave. Charlie Muncaster and Gary Stanton grew up in Mobile, Alabama, but didn’t cross paths until they each started to pursue their musical dreams. In 2012, they forged a friendship when Stanton opened a show for Muncaster’s band at Soul Kitchen in Mobile. Charlie’s contemporary vocals complimented by Gary’s harmonies and masterful guitar licks showcase a powerfully refreshing mix of talent, passion and unfiltered authenticity. Since naming themselves Muscadine Bloodline in 2015, they’ve had two Billboard-charting critically-acclaimed EP’s, have sold out shows across the country, opened concerts for hundreds of artists and earned a standing ovation at their Grand Ole Opry debut in 2018. The guys’ Southern roots carry over to their band name as well: Muscadine grapes grow in the South while Bloodline represents their heritage. For more information visit muscadinebloodline.com. 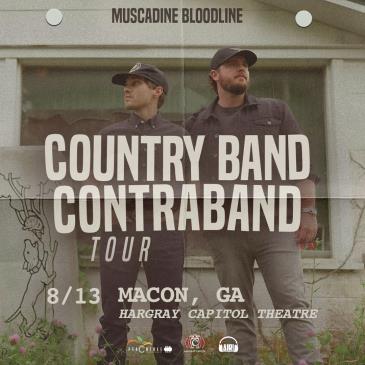