GUORDAN (Pronounced Jour-dan) BANKS is a singer-songwriter born and raised in North Philadelphia. Growing up, he was surrounded by a loving family — one of eight children. At a young age, Guordanstruggled with a severe speech impediment, so his mother encouraged him to usesinging as a form of everyday communication with the family. Singing became away of life for Guordan and soon after he began exploring songwriting.

From his  breakout track “Keep You In Mind,” to his successes working with the likes of John Legend and Chris Brown,to his comeback hit “Can’t KeepRunnin’,” Guordan has become the first solely independent artist to have anumber one song on the Billboard Adult R&B chart, even winning a songwriting Grammy for “Mirror”.

Evolving yetagain, Guordan launched his own independent label, studio, and distributioncompany under the banner of Bank On It Records, pushing boundaries and bringinginnovation to the music industry. Guordan released two full-length albums,”Unpopular” and “Blood On The Vinyl”, receiving regular praise courtesy of Rolling Stone, Billboard, and more. Climbing up the charts, Banks’s new single “IJust Do” has tapped in to a fresh message of unconditional love.

Natasha Hoffmann is an indie artist from Rio de Janeiro, Brasil. When she was eighteen, the singer songwriter moved to Los Angeles to focus on her music. Since then she has independently released an EP and a couple of singles.

Her most recent single “what u deserve” is a very raw and honest critique of toxic positivity.  The singer believes in being fully honest in all of her songs.

Being obsessed with her city and the night life, the singer captures the wilderness and bohemian of being raised in one of the most diverse cities in the world.

New music from the eclectic and remarkable Devon DiPaolo. With tones of acid jazz, heavy R&B grooves, and a key-bass, Devon DiPaolo's Power Rhythm Section leaves quite an imprint on LA listeners. Originally from Portland OR, Devon, with a 3-piece rhythm section, takes elements of hip hop, some jazz, and DJs with glitch and breakbeat-inspired instrumentals that make an entire room nod with enjoyment. Devon has shared the stage with soul singers, Emcees, jazz greats, and new age recording artists pulling no punches. Be ready for a unique instrumental performance seldom seen or heard in the LA area. "It's been a long time coming, but this one especially should be quite a performance," says Devon. "Returning to the live music scene is a significant step in the right direction. I've planned a special one for all of you!"
To hear our most recent releases find our 'Self Titled Album' here
newdew.bandcamp.com 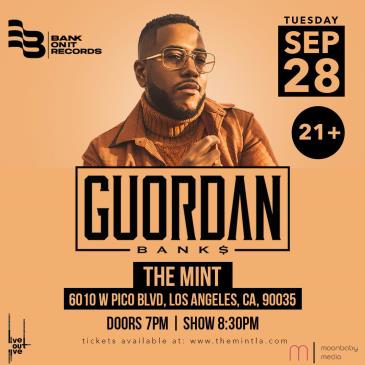