About Nation of Language:

Brooklyn-based synth auteurs Nation of Language entered 2020 as one of the most heralded new acts of recent memory, having only released a handful of singles but already earning high-praise from the likes of NME, FADER, Stereogum, Pitchfork, etc.. Now in 2021, they continue to turn heads having released one of the most critically acclaimed debut albums of last year ‘ Introduction, Presence’ ) and recent breakout single ‘A Different Kind of Life’. The band’s ability to blend the upbeat with a healthy dose of sardonic melancholy made it a staple on year-end ‘Best of 2020’ lists, led PASTE magazine to dub the album ‘The most exciting synth-pop debut in years’ , and landed the band major radio play from The BBC, KCRW, KEXP, SiriusXM and countless others. Inspired by the early new-wave and punk movements, the band quickly earned a reputation for delivering frenzied nights of unconventional bliss to rapt audiences, and established themselves as bright young stars emerging from a crowded NYC landscape.

Toronto’s Ducks Ltd. (formerly Ducks Unlimited), the bright jangle-pop duo of Tom McGreevy (lead vocal, guitar, bass, keyboards) and Evan Lewis (guitar, bass, drum programming), accomplish the impossible. The pair craft songs that play to very specific inspirations without drowning underneath them—immediately evidenced on their critically
acclaimed EP, Get Bleak, and sharpened on Modern Fiction, their debut LP. “The Servants, The Clean, The Chills, The Bats, Television Personalities, Felt,” Evan rattles off. “Look Blue Go Purple is one I reference a lot with our production.” Echoes of ‘80s indie pop abound, but they never overwhelm. This is not a nostalgic record, after all, nor is it a derivative one. Instead, across 10 cheery-sounding songs, Ducks Ltd. explore contemporary society in decline, examining large scale human disaster through personal turmoil (hence the title, taken from a university course called Gnosticism and Nihilism in Modern Fiction, influenced by Graham Greene novels. Bookish indie fans, look no further.)


Writing the album was intimate. Tom drafted the nucleus of a song on an unplugged electric guitar and brought it over to Evan’s apartment, where the pair sat in his bedroom, placing percussive beats from a drum machine under
nascent melodies, passing a bass back and forth, adding organs and bridges where necessary. “It’s computer music trying extremely hard not to sound like computer music,” Tom jokes. Fearful that limited and expensive studio time would kneecap the project creatively, eroding their charming naivete, the pair re-recorded the album in a storage space owned by Evan’s boss. Ornamentation through collaboration followed: there’s Aaron Goldstein on Pedal Steel
in the Go-Betweens’ “Cattle and Cane”-channeling interlude “Patience Wearing Thin,” Eliza Niemi on cello (“18 Cigarettes,” a song loosely inspired by a 1997 Oasis performance of “Don’t Go Away”), and backing harmonies from Carpark labelmates The Beths (on an ode to friendship at a distance, “How Lonely Are You?,” “Always There,” and on the sped-up Syd Barrett stylings of “Under The Rolling Moon.”) While in his native Australia due to covid-19, Evan worked closely with producer James Cecil (The Goon Sax, Architecture in Helsinki) on Modern Fiction’s finishing touches—at one point, in the mountains of the Macedon Ranges in Victoria, recorded a string quartet (featured on “Fit to Burst,” “Always There,” “Sullen Leering Hope,” “‘Twere Ever Thus,” “Grand Final Day.”)


It’s danceable, depressive fun, with some relief: in “Always There” and “Sullen Leering Hope,” Modern Fiction’s faithful heart. “There’s a tendency in my writing, because of my world view, to be very bleak.” Tom explains. “A quality
I don’t always see in myself and really appreciate in others is the courage to go on.” And yet, the record manages resiliency—enough for pop fans to fall in love with. 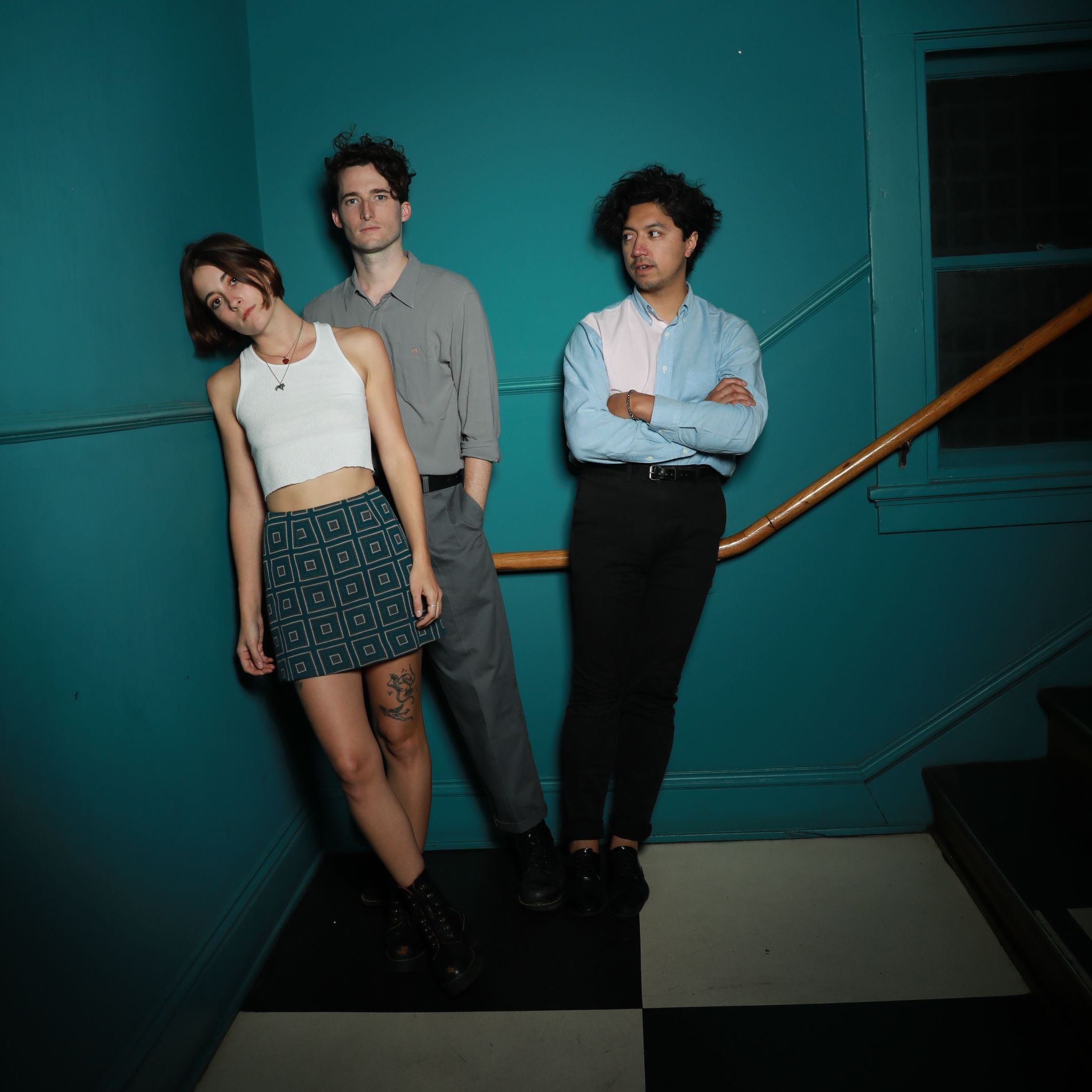