All shows will adhere to county and state COVID guidelines.

National Park Radio is a indie-folk duo from the Ozarks, echoing fresh but familiar sounds of The Avett Brothers and The Lumineers. Releasing a self-produced EP in early 2013 sparked their rapidly growing fanbase, and 2016 brought their debut full-length album "The Great Divide". In early 2017, follow-up album "Old Forests" was released in an attempt to get back to their indie roots. Touring the country and building their passionate fan-base ever since, National Park Radio released “The Road Ahead” in 2020 during quarantine, which features elegant, adventurous songwriting along with the beautiful harmonies of husband and wife duo Stefan & Kerrie Szabo. 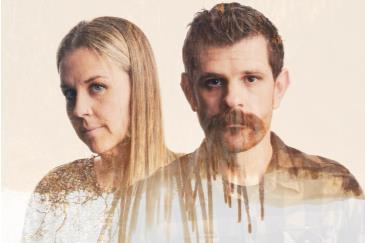