The New Orleans-born Payton has followed his calling since growing up under the tutelage of his parents — acclaimed bassist Walter Payton and Maria Payton, a pianist and vocalist. Already a prodigy before entering the first grade, he began playing trumpet at age four and started performing professionally at age 10. Before the age of 20, he was already in demand by everyone from Danny Barker and Clark Terry to Elvin Jones and Marcus Roberts. Payton released his first album, From this Moment, in 1995 on the famed Verve label. He received his first Grammy nomination in 1997 for the album Doc Cheatham & Nicholas Payton, and for the category of Best Instrumental Solo, which found him winning the award that year.

Payton has released over 20 recordings as a leader, pushing musical boundaries and showcasing a variety of contemporary and traditional styles, while displaying his ambidextrous ability to play both the trumpet and keyboard at the same time when he’s inspired to do so. He has collaborated with numerous mentors and contemporaries alike, ranging from Common and Cassandra Wilson to Trey Anastasio, MonoNeon, and Jill Scott, to Dr. John, Joseph “Zigaboo” Modeliste of The Meters, Allen Toussaint, and Abbey Lincoln to name a few. His most recent albums are Quarantined with Nick and Maestro Rhythm King, both released in 2020.

“Everything I write is about life experiences. The music means nothing without life. A life lived. It’s not just notes on a page. It’s not just a technical exercise. It’s vibrations and energy,” Payton says. “And I’m striving to help lift, if possible, raise the vibration of the collective conscious one audience, one album, one song at a time. If I can’t do that, there’s no point in me playing. That’s why I play. It’s about contributing to society and inspiring. That’s my life as an artist, period. Challenging people to think differently, to think critically and to not be slaves to the system and the status quo.”

In addition to Payton’s work as a performer, he is an equally respected composer, having written The Black American Symphony an orchestral work, which the Czech National Symphony Orchestra commissioned and performed. He led a live concert performance of Miles Davis’ renowned Sketches of Spain with the Basel Symphony Orchestra in Switzerland.

“Pretty much all the music that I play is centered in Black culture, Black music. And that’s why I’ve eschewed jazz and came up with the terminology, Black American Music, because I want to be connected to the whole of it,” Payton says about genre. “It’s all the same. John Coltrane and Charlie Parker and James Brown could be neighbors. So what’s the distinction there? The only difference in the music is who they came through, and where they’re from.”

As a leader, Payton’s seminal writings and discussions on the problematics of the term and associations of “jazz” have inspired musicians, researchers, music listeners, and thinkers alike. As such, he termed Black American Music, or #BAM for short, to represent the breadth of improvisational musical creations created by Black people in the U.S., regardless of genre. His introduction of #BAM into the lexicon of popular music discourse landed him an entry in the New York Times‘ “The Decade in Jazz: 10 Definitive Moments” in 2019.

“(Black American Music) is … a liberation music, it is our first global recognition in humanizing, if you will, a class of people who were systematically dehumanized for centuries,” Payton says. “The concern for me is to draw from the wellspring of all the great Black ancestors who inspired me to play this music in the first place. And to hopefully keep that energy, that spirit.”

Through his mission-driven work and art, Payton continues to creatively move boundaries, while inspiring and remaining inspired by the pioneering lineage of Black American Music, of which he is a part. 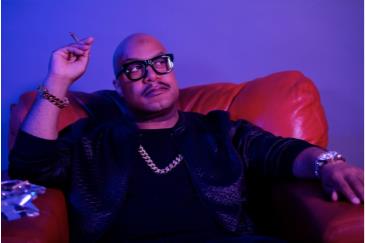