States, formed in 1993. The band's current lineup consists of Karl

and Brian Kingsland (guitars, vocals). The band is known for their dedicated

lyrical and musical styles inspired by Egyptology and works of H.P. Lovecraft.

Since its formation, the band has released nine studio albums, two compilations,

with INCANTATION, SANGUISAGABOGG and I AM 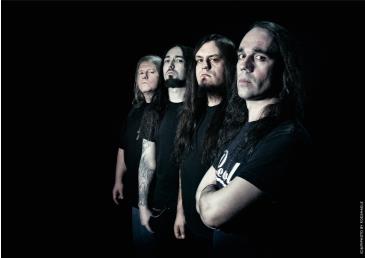 Incantation / Sanguisugabogg / I Am