Nisa is a solo project from the New York City-based musician, Nisa Lumaj. She’s now based in Greenpoint, Brooklyn, but was born and raised by Albanian immigrants in a neighborhood near Morningside Heights after moving from The Bronx at age 10. Because her parents spoke English as a second language, she wasn’t exposed to American pop or rock music until she moved to Manhattan. As a byproduct of spending her teen years in the city’s most metropolitan borough, she found herself around a circle of musicians interested in more contemporary music than what she’d previously been exposed to at home and it wasn't long before she began gigging on the open mic circuits around the city.

While living in the UK at the age of 21, Lumaj was exposed to indie-pop music for the first time. This approachable, but underground influence really beams through in her output as Nisa, drawing on the sounds of Frou Frou, Nilüfer Yanya, Soccer Mommy and Sorry. The sound informed her early EPs, Guilt Trip and Time To Plant Tears but is especially apparent on her new EP, Exaggerate – out September 30 – which comes produced by Nate Amos (Water From Your Eyes, My Idea) and is the first release from the brand new Los Angeles label Hit the North Records.

An alternative band that is originally from Philadelphia.

A band of friends led by Dan Harris and Grace Krichbaum, specializing in music that combines catchy guitar riffs, stacked vocal harmonies, and relatable lyrics to provide you with the ultimate soundtrack to the highs and lows of young adulthood (or something like that).

They started playing together in college on cold winter days in Syracuse, NY. Writing music with friends seemed like the most enjoyable manner in which to freeze to death. Their first EP, “Acting Tough”, was written and recorded by them in their college home. Each song on the EP is colored with narratives about growing up, changing your hair, and the meandering feeling of lost love.

Since putting out their first project, they have all graduated from college and spent the year crafting a new sound. They thought it was high time that Shallow Alcove had a bit of a pop girl era, so they set out to make a banger that still felt tinged with that Shallow Alcove melancholia. They’re so excited to continue sharing music with you. There is so much to come. 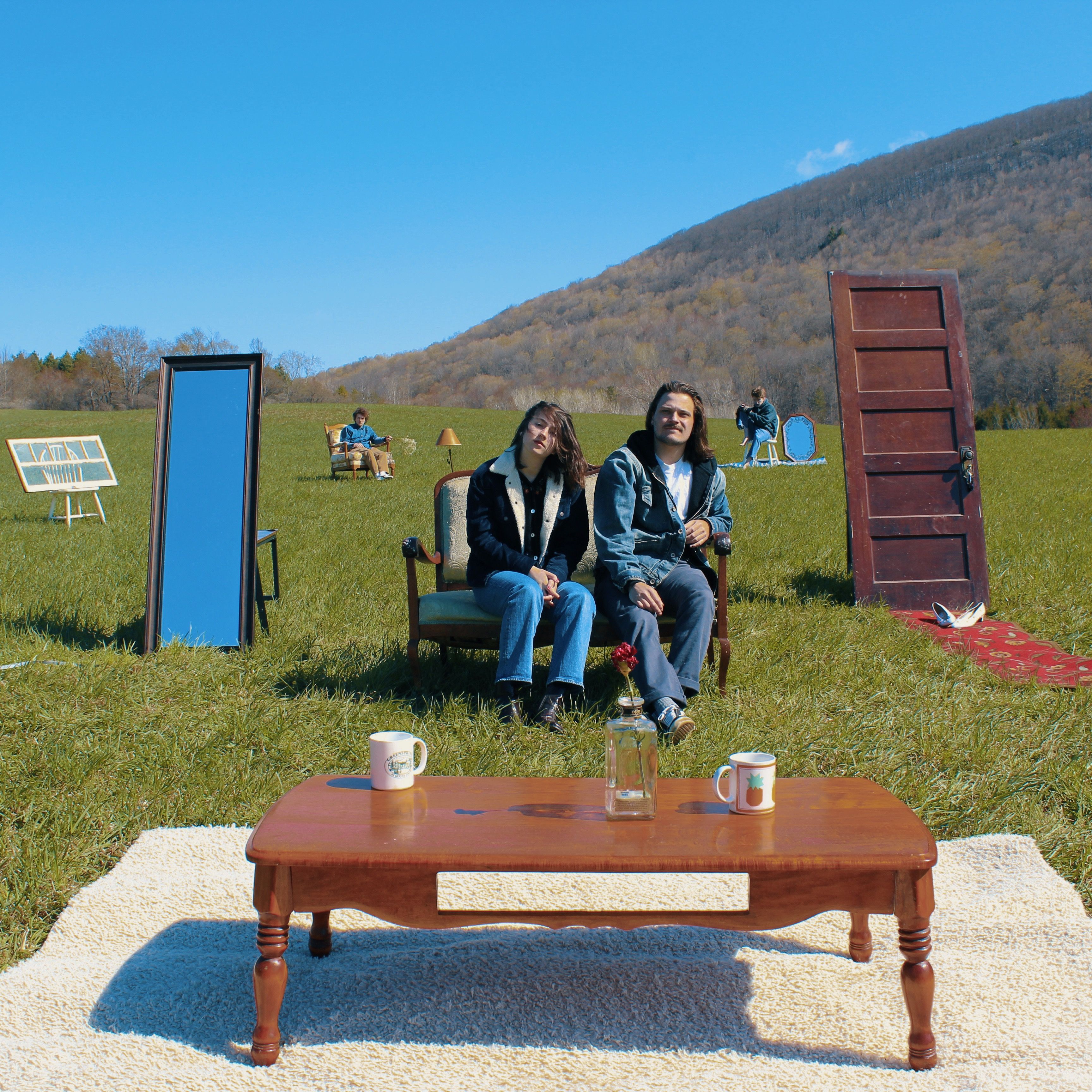