No Devotion with Jeremy Enigk and Nate Bergman at Underground Arts

“Are we gonna see a resurrection tonight?”

The members of No Devotion have seen some shit. Permanence, the band’s brilliant debut album, was released on September 25th, 2015, to near universal acclaim and heavy BBC1 radio airplay. That same week, their singer Geoff Rickly (of the band Thursday) was mugged and hospitalized on tour in Germany, the band’s record label collapsed and the band barely made it through the remainder of the scheduled dates.

Nearly a year later, Kerrang awarded Permanence Album of the Year. It was the first time this distinction had been awarded to a record that was already out of print. Half the band took it as a bad omen and decided it was time to hang up their instruments. Rickly, Gaze and Richardson began to wonder if the album would serve as the band’s debut and swan song, both.

But in the following months and years, the three remaining members began to reimagine No Devotion as a personal laboratory for new sounds and a private vault where they could store some of their most personal experiences. Things that must be expressed but that no one ever need hear. For the next four years, the band continued in secret, living the words of Fernando Pessoa, “When I am coming back from a trip, the best part isn’t going through
the airport or getting home, but the taxi ride in between: you’re still traveling, but not really.” Creation was for its own sake.

Now they have decided to open the vault to the world and the results are blinding. The songs are rich in texture, innovative in form and full of pain.

With a new record pending release via the historic Equal Vision records featuring the open gambit of STARLINGS and its “Does anybody else know how I feel?” refrain – it just may be the most relatable chorus singer Geoff Rickly has ever written.

Who says getting sober kills creativity?

No Devotion remind us of the stadium-size sing-alongs that their members wrote in past lives but sill embody and compress the energy of the dance floor into domestic spaces such as bedrooms and headphones. 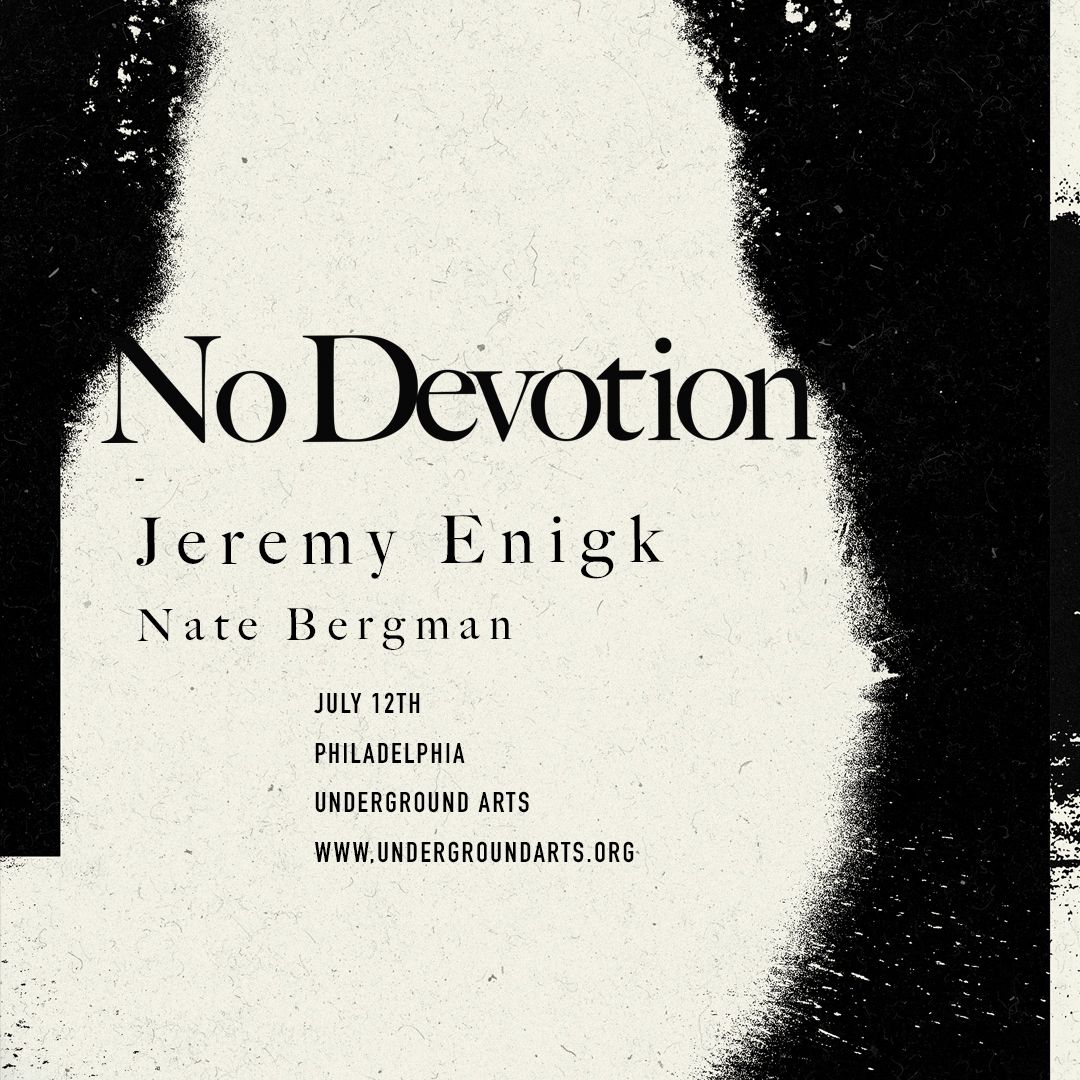