Andy Human and Sam Lefebvre began writing and recording Desire Choir in 2021. They biked to a West Oakland rehearsal space and tracked drums and bass to an old tape machine. It was an accretive process, initially disoriented from live performance. Influenced by a “communist interpretation of collective music” and the variable post-punk and dub combinations of the On-U Sound label, as they write in a pamphlet companion to the album, Non Plus Temps emerged as more singers and players sought affinity amid the pandemic-era social isolation and unrest.

Human and Lefebvre’s companion text to the album also remarks on the title and band name: “‘Non Plus Temps’ is a garbled curse on time, which we mainly experience in relation to the wage, whether or not we’re getting one. We’re all racing and raging against meaningless gig work. ‘Desire Choir’ refers to the production of wants and needs in capitalist society, which uses them against us, and the desire not to escape or avoid but to end this present state of things.”

The recording and live lineups of Non Plus Temps feature members of Naked Roommate, the World, Famous Mammals, and Preening, among other groups based in Oakland, California.

Body Double is the latest offering from Oakland songwriter and  multi-instrumentalist Candace Lazarou, formerly of no-wave ensemble  Mansion. Her return comes on strong with a balance of undeniable force  and mischievous wit, covering territory from funereal dirges to  schoolyard taunts.

"A haunting mix of post-punk, no-wave, and art rock, with songs both atmospheric and claustrophobic." - Post-Trash

Carl Linkhart was born in Oklahoma in 1950 and has been painting from his dreams since 1970. He has been a Oakland resident since 1992. He studied art independently but is largely self taught and was influenced by his travels in Austria, Greece, India, Nepal, Burma, and Mexico, as well as by memories of Arizona. Writing, film, music and theatre have been his other pursuits. He was with The Angels of Light, the early Sisters of Perpetual Indulgence, and other theatrical groups and now continues to perform as a cabaret singer and composer as Carl with People. 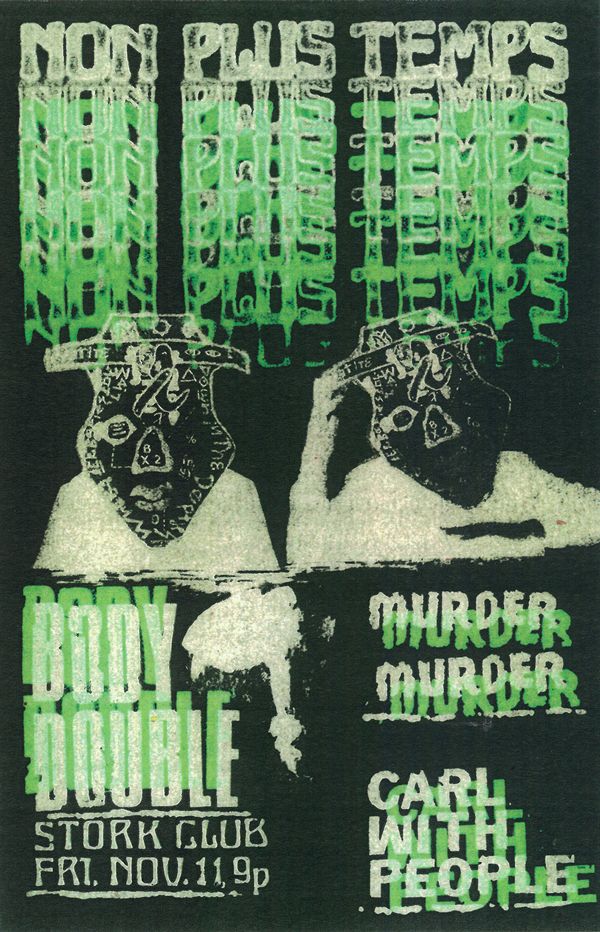