Enjoy a belly full of beer and laughs inside the Victory House! We are excited to start the year off with a BANG after many SOLD OUT shows in 2021! Enjoy an intimate indoor seated setting with table service through our Order and Pay QR codes. Just kick back and enjoy the show! We have incredible line-ups you don't want to miss out on. We can't wait to host headliner Ricky Del Rosario who has been featured on HBO, STARZ, and BET for our first show of the year!

The talented and charismatic Julie Ash will be your host for the night. Featured guests include Pete Ballmer and Butch Escobar!

Headliner Ricky Del Rosario- Physical comedian, Ricky Del Rosario, is a master at finding the funny in personal situations and unique characters: creating a dynamic, non-stop set for his audiences. A Santa Rosa resident, Ricky was once voted by HBO as one of the top ten up-and-coming comedians in the United States. He has made several nationally-televised stand-up appearances including: Comic View, HBO, STARZ, the first Laffapoluza, the Kevin Nealon Show and Laff Tracks on TruTV. He also had a popular YouTube series called “News Infused” and has been featured in many national TV commercials.

Featuring Butch Escobar- Escobar's furious rants have become his trademark at such clubs as the San Jose Improv, Cobb's and the SF and Sacramento Punchline.   Butch has toured all over the country with legendary performers including Tom Green, Doug Stanhope and Last Comic Standing Felipe Esparza. He frequents southern California and is a regular fixture at the Hollywood Improv and the world famous Comedy Store on Sunset. A humanitarian at heart, Butch has also travelled the world performing for the troops. Actor/performer/writer Butch is a triple threat that you will immediately become a fan of.

With Pete Ballmer- Originally from Seattle, Pete Ballmer is a stand up comedian who's fast paced, goofy, and upbeat style makes him a regular at showcases across the Bay Area. Pete has been featured at SF Sketchfest, the SF International Comedy Competition, and the Motor City Comedy Festival. Pete is also a producer for Don't Tell Comedy in San Francisco and has a podcast called Bad Products.

Hosted by Julie Ash- Julie’s comedic style is edgy and derisive, yet charming and relatable. Her favorite topics include dudes in their twenties, Bay Area tech startups, and dudes in their twenties who work for those startups. She has performed at SF Sketchfest, the Stand in NYC, and placed 6th overall in the 2018 SF International Comedy Competition. 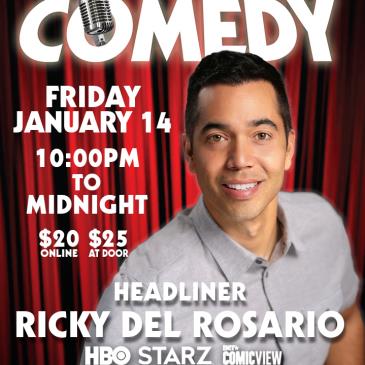