featuring Danny & Mike from "The Adventures of Pete & Pete"

Email info@ardmoremusichall.com with any questions or requests.

VIP Upgrades available that include Meet & Greet + Photo Opportunity + Early Entry (60 mins) - Must be purchased with a ticket to the show.

Nostalgia Personified is a comedy clip show that involves two fake TV brothers (Danny Tamberelli and Michael C. Maronna) confronting their pasts by showing their childhood and adolescent work in front of an audience. With host Jeremy Balon showing them a mixture of old commercials, TV appearances, and movie scenes, the guys attempt to navigate through pasts that are sure to embarrass and induce a lot of sibling-style ribbing. Because when you've grown up and gone through puberty on screen, there is a LOT to unpack. Nostalgia Personified is a ridiculous look back at the 80s and 90s from the perspective of two child actors forced to be TV brothers who ultimately ended up being friends in real life. 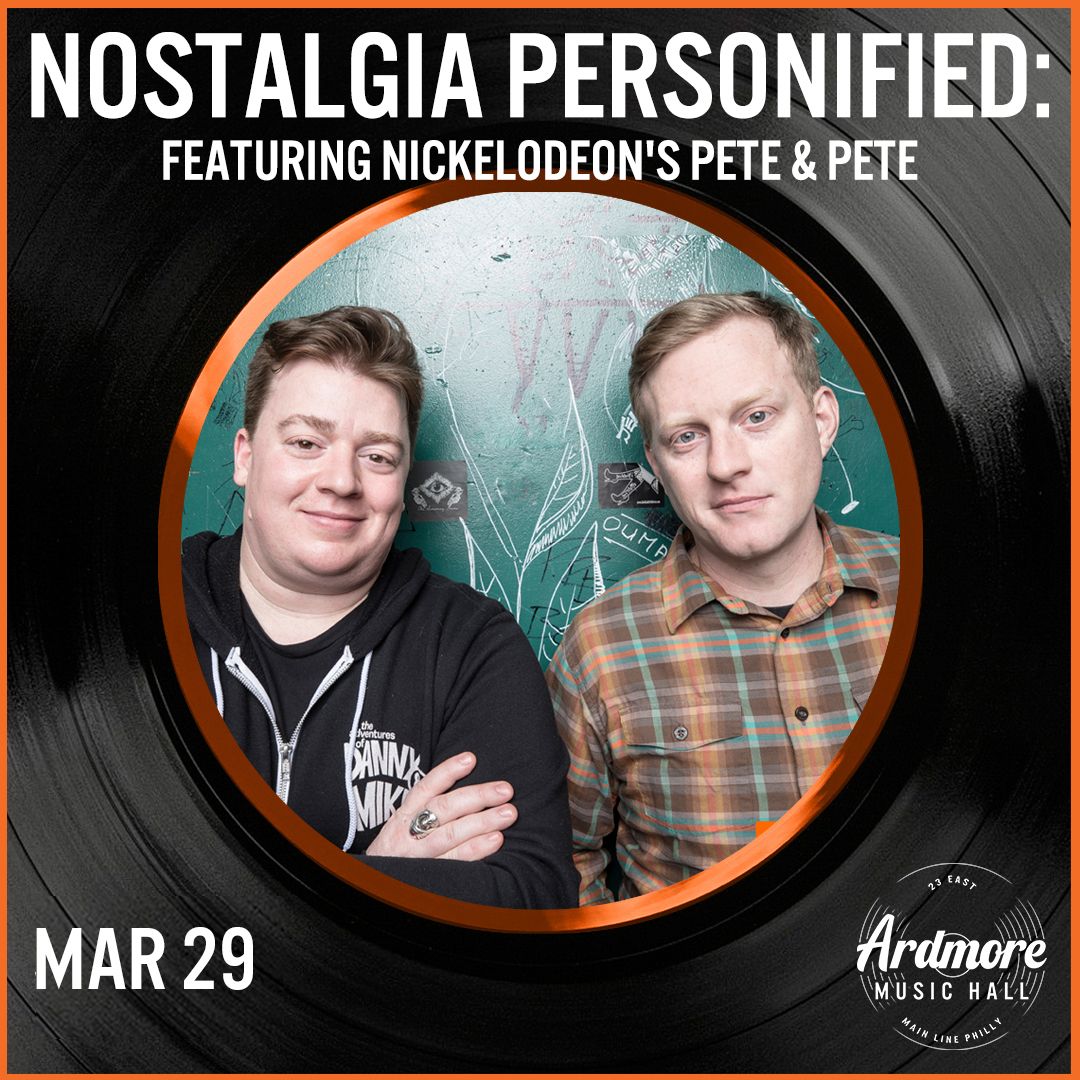