Dark Sky Aerial is proud to present a night of locally inspired films. Join us for the release of the DSA original dance film OMEN and an accompanying documentary as well as a discussion with the artists, filmmakers, and riggers. OMEN tells the story of one woman’s exploration of bravery and perseverance, intimately following her as she takes risks and overcomes fears. The film tells the story of our shared interdependence - and the beauty of surrendering to the unknown. Creating performance art during the unprecedented COVID-19 pandemic has taken DSA’s innovation and artistry to a new height. DSA embarked on an exhilarating dance film project - OMEN - filmed in the dramatic landscapes of Northern Arizona. DSA partnered with local filmmakers Harlan Taney, Justin Clifton and Blake McCord of Sandcast Media to create OMEN. In addition to the dance film, OMEN will be premiered with a companion short documentary filmed by local documentary filmmaker, Nick Geib, of Firewatch Media. 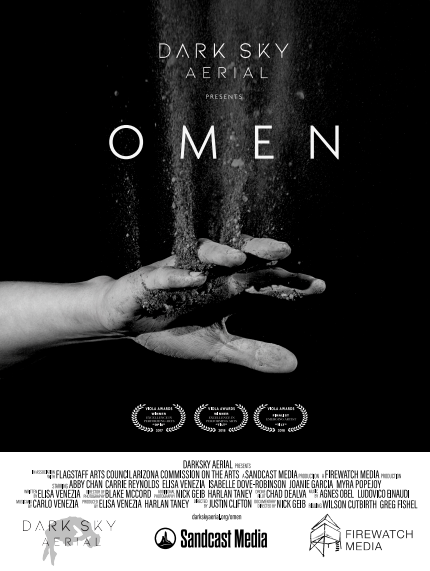