8:30pm show. Proof of COVID vaccination is required upon entry.

ONEderful is an on again, off again series at Constellation that seeks to present artists and groups in non-traditional ways for the performers. Each night will feature three musicians playing short sets with minimal set-ups, allowing for organic & intimate performances to come forth. Artists are encouraged to play original compositions and songs or ideas that are still being developed. As a result, the performers, the audience, and the space become a part of the artists’ creative processes.

Lia Kohl is a cellist, composer, and multidisciplinary artist based in Chicago. She creates and performs music and multimedia performance that incorporates sound, video, movement, theater, and sculptural objects. She has presented work and performed at the Art Institute of Chicago, the Museum of Contemporary Art Chicago, the Walker Art Center, Chicago Symphony Center, and Eckhart Park Pool, and held residencies at Mana Contemporary Chicago, High Concept Labs, dfbrl8r Performance Art Gallery, Mills College and Stanford University. She is a curator and ensemble member with poly-disciplinary performance ensemble Mocrep. As an improviser and collaborator, she has participated in cultural exchanges in Mexico, France, Germany, Denmark, China and the UK. She has toured on four continents. Frequent collaborators include ZRL (Ryan Packard and Zachary Good), Katinka Kleijn, Macie Stewart, Jasmine Mendoza, and Corey Smith. She has played with Makaya McCraven, Whitney, OHMME, and Circuit des Yeux among others. She tours regularly with puppet theater company Manual Cinema and helps create 60 Songs in 60 Minutes, a monthly show with the Neo-Futurists.

Gerrit Hatcher is a saxophonist based in Chicago. He works in free improvisation and free jazz. Hatcher has produced several documents of his solo saxophone work, with albums on Kettle Hole Records, Astral Spirits and Amalgam Music. His ensemble projects include the improvising trios Hatcher/Maunu/Kirshner, Hatcher/Abrams/Damon and Devouring the Guilt (with Eli Namay and Bill Harris), the Gerrit Hatcher Group (a quintet with Keefe Jackson, Ben Lamar Gay, Katie Ernst and Julian Kirshner, for which he composes), and the Brunt (with Dave Rempis, Kent Kessler and Bill Harris). Gerrit also has worked in duos with Jakob Warmenbol, Julian Kirshner and Zachary Good, and in a trio with saxophonists Rob Magill and Patrick Shiroishi, from Ojai and Los Angeles, CA, respectively. Magill has also joined Hatcher in an ensemble in Chicago with Kirshner and Charlie Kirchen.

Weaving surreality with sincerity, the music of Chicago-based Lucky Cloud is a dream-trip through realms of love and heartbreak, societal paranoia, and a cosmic search for meaning. Freewheeling through a landscape marked by the wide-open spaces of country, intimate lyricism of folk-rock, and an unusual harmonic adventurousness, the band embraces irony and stylistic extremes while grasping for the sublime. Lucky Cloud began as the songwriting alias of Austin-born, Chicago-raised musician Chet Zenor. Known for his diverse work as a guitarist, he has been a part of Chicago's burgeoning songwriting scene (playing with the likes of Max Subar, Minor Moon, Sarah Weddle, Waltzer, Henry True, Lyn Rye, and others) and currently co-leads the avant-country/jazz outfit Alta Vista. While recording a not-yet-released LP in 2020, Lucky Cloud was fleshed out to include close friends and frequent collaborators Max Subar on pedal steel and electric guitar, Jason Ashworth on bass, and Spencer Tweedy on drums. 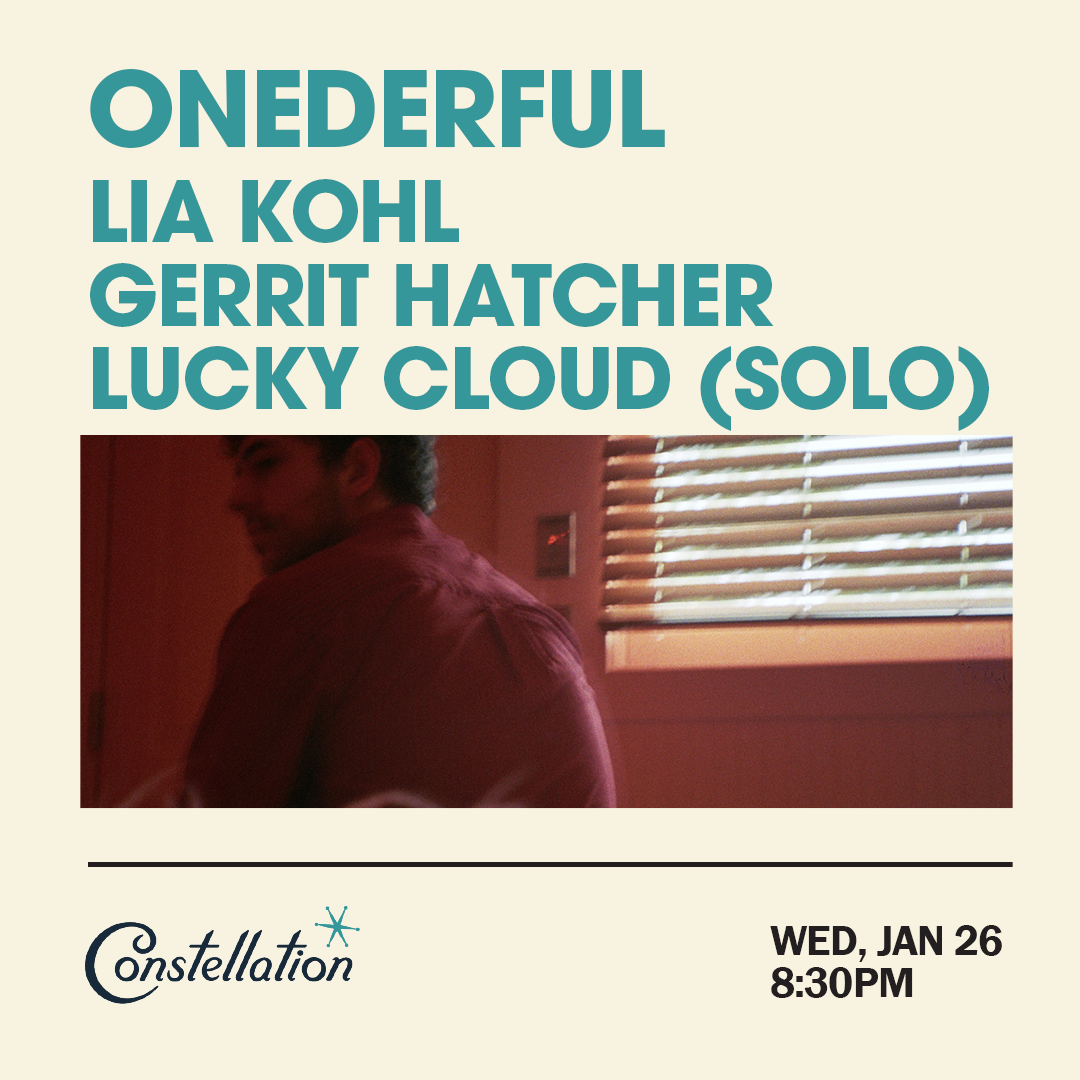