Founded in 1986, the Oakland Interfaith Gospel Choir, a nonprofit 501(c)(3) arts organization, was born out of a gospel music workshop led by the exuberant Terrance Kelly at Living Jazz’s Jazz Camp West. It became an independent nonprofit organization in 1991. Since then, the award-winning Choir’s exquisite harmonies and stirring gospel repertoire have led to performances with a wide variety of esteemed groups, such as Joshua Nelson, the Prince of Kosher Gospel; the Five Blind Boys of Alabama; and the Duke Ellington Orchestra. The Choir also appears on Grammy-winning albums by Linda Ronstadt, MC Hammer, Tramaine Hawkins, and others.

OIGC, a “treasured Bay Area institution,” was named “Best Gospel Choir” in 2006 and was the winner in the “Best Church Music” category in 2009 in the East Bay Express Reader’s Polls. Terrance Kelly was awarded the Dr. Edwin Hawkins Excellence Award in 2013.

In addition, OIGC supports an accomplished youth choir. Starting in 1997, it was voted the Best Youth Gospel Choir in the 2007 Northern California Gospel Academy Awards. The group includes over two dozen members from diverse ethnic, religious, and cultural backgrounds. They perform at a wide variety of local and international events. The choir provides musical, educational, and social opportunities for Bay Area youth, as well as the chance for mentoring and scholarships.

In 2013, the Oakland Interfaith Community Choir held its first rehearsal with just 30 members. The choir grew exponentially, reaching almost 250 members in 5 years. Despite being a non-auditioned choir, OICC features a great degree of talent and enthusiasm. It meets once a month and performs several times throughout the year, including their signature summer gospel concert.

When the COVID-19 pandemic hit in early 2020 and the world shut down, OIGC stayed connected with choir members and audiences through virtual rehearsals and performances. With the help of technology (and a steep learning curve), we invited the world to join us in our inaugural World Choir Project in the Spring of 2021. Nine countries joined us in five different languages for I Won't Stop Singing My Praise, an original song Terrance wrote at the start of the pandemic to remind us all that no matter what, we won't stop singing!

OIGC has been home to three choirs (nearly 200 singers) whose performances of historic forms of African American music bring a message of unity and joy to diverse audiences. The summer of 2022 saw the acquisition of the Oakland Youth Chorus, expanding the total Oakland Interfaith community of choirs to six, and bolstering OIGC’s youth program and outreach.

The Oakland Interfaith Gospel Choir weaves together a family of more than 55 singers from a wide range of faiths, races, and cultures-- joined in the mission to inspire joy and unity in all people through Negro spirituals and black gospel music. The choir and its dynamic director, Terrance Kelly, have captivated audiences across the world, from Israel to Norway to Australia to the Deep South, but they always stay true to their Oakland roots. No matter the venue, whether it’s the Paramount Theatre, San Quentin State Prison, Mercy Retirement Center, or even a small church in Selma, Alabama, the choir sings with the same passion and precision. When choir members hold hands in a circle before each show, they call out their wishes to send joy, love, and hope to everyone in attendance. And when the choir starts singing, audiences can’t help but jump to their feet, lift their hands, and allow the glory of the music to uplift them. 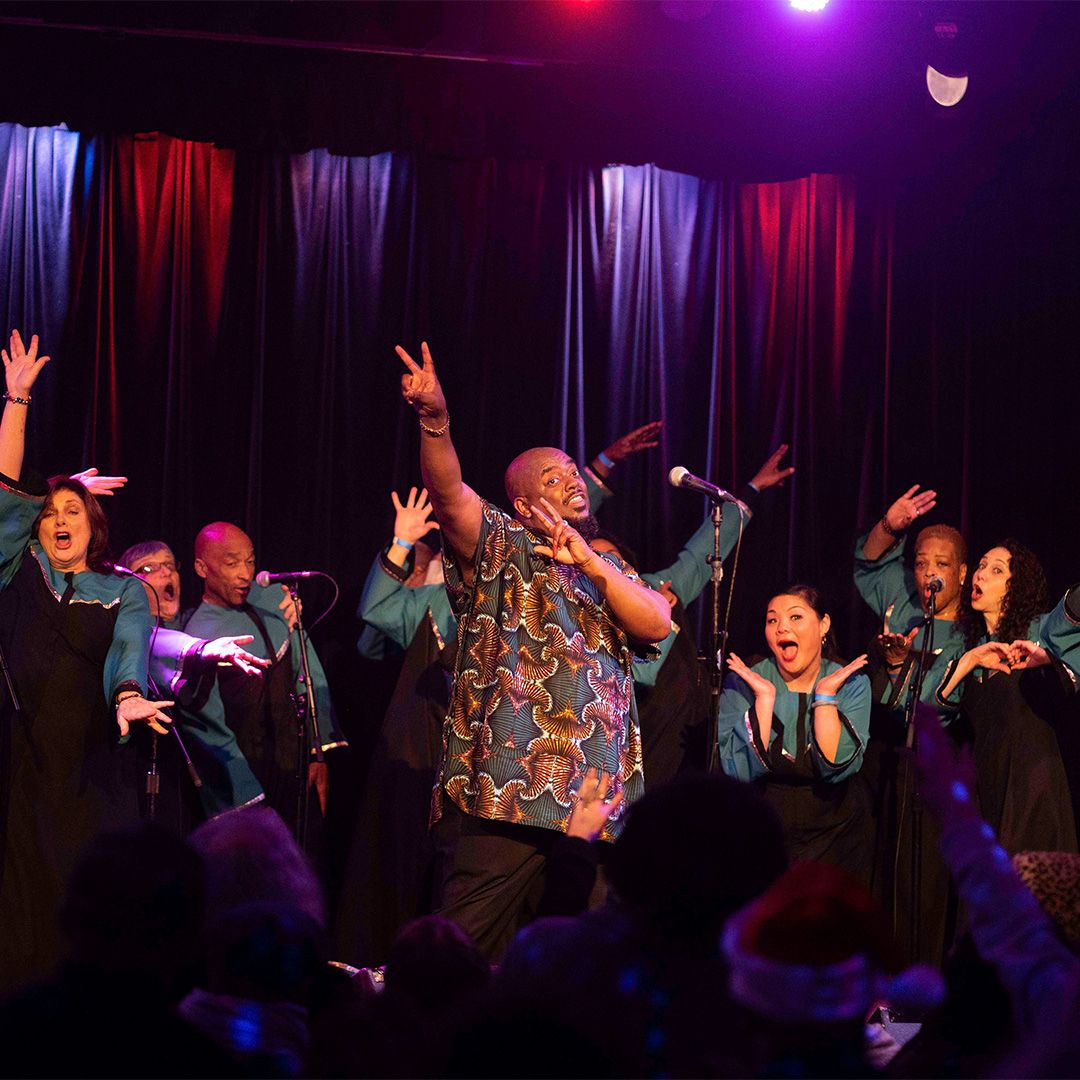