THIS IS A FREE EVENT

FREE ON THE PATIO!

Optimystical is an experimental indie hip hop band based in Phoenix, Arizona. Influenced by indie, jazz, funk, and classical music roots, the band creates a unique and captivating sound that blurs genre lines and fuses hip hop with jazz and indie rock.

The group founded in 2016 as a small project from independent record label Seafoam Sound. The original members combined guitar and song writing from Tom Clifton of 'The Amazon Men'; percussion, production, and arranging from Lyle Begiebing 'The Party Upstairs'; and lead vocals and lyrics written by rapper Keynan Willis, known as 'NutterTut'. Since its inception the group has added vocalist and classically trained pianist and cellist Cara Nassar as well as bassist and guitarist J.J. Tusick.

Optimystical's debut EP 'Smile and Wave' was released in the Spring of 2018, and received acclaim from several notable music blogs. The sophomore EP 'Void of' was released in February 2020. The band has performed over 50+ concerts and festivals throughout Arizona and in Los Angeles. 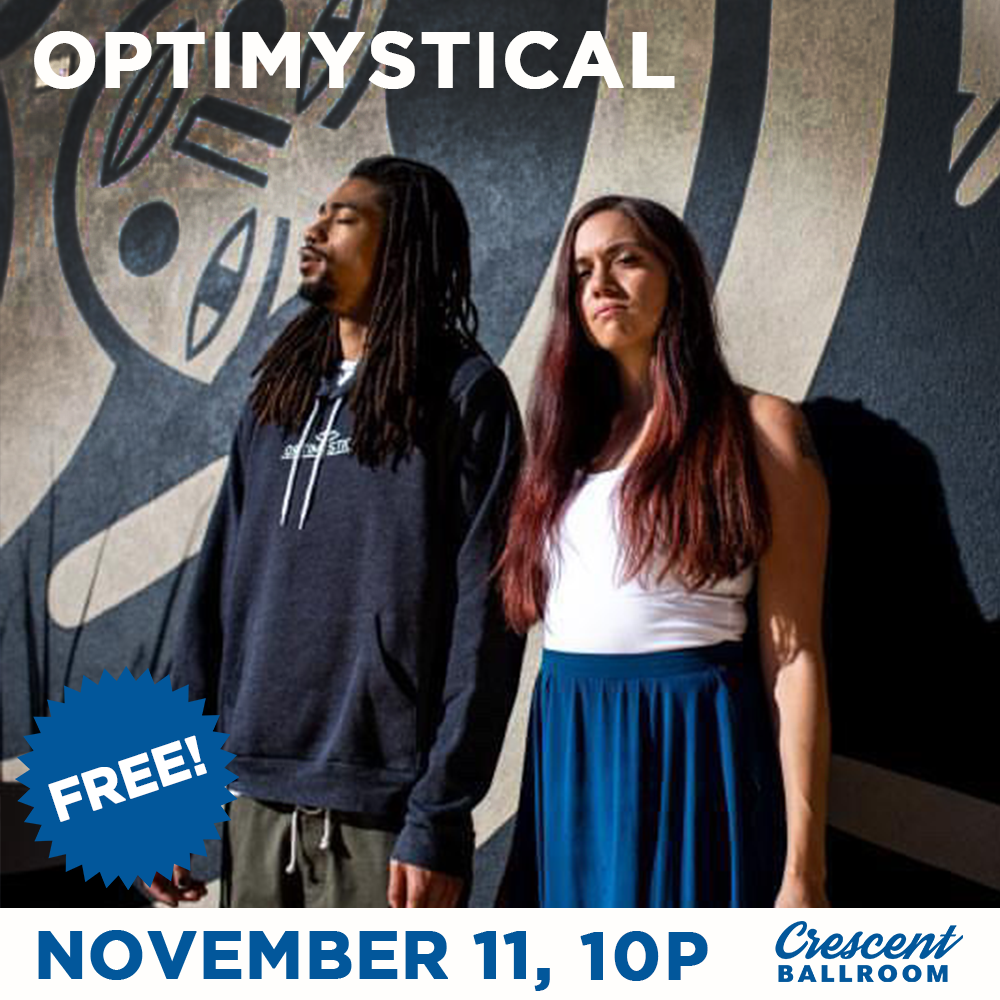