Otis Gibbs' Indianapolis date at HI-FI has been rescheduled for October 23.  All tickets purchased for the original date will be honored on the rescheduled date. Please direct any questions to boxoffice@mokbpresents.com.  You can follow our ongoing list of affected shows here: http://bit.ly/mokb-hifi-covid19updates

Otis Gibbs is a Songwriter, storyteller, painter, photographer and planter of 7,176 trees. He once wrestled a bear, and lost. He has been described as “The best unknown songwriter in music today.” If you ask him, he’ll simply say he’s a Folk Singer.

He also hosts a podcast called Thanks For Giving Damn which features your favorite musicians, journalists and historians sharing memories, backstage stories and history lessons. His podcast quickly became a cult favorite and lead to him hosting Country Built on Pandora (USA) where Otis tells stories about the history of country music to his 3 million+ subscribers. He grew up in Wanamaker, Indiana, spent 12 years in East Nashville and has recently returned home to Indianapolis with his long time partner, Amy Lashley.

“Gibbs has been likened to everyone from Guthrie to Springsteen — but his is the rare voice that stands on its own.” -Esquire

I'm a guitar player, producer, songwriter - in no particular order.I've played guitar for Nanci Griffith, Kim Richey, Mary Gauthier, David Olney and a bunch of other folks. I've produced records for Nanci Griffith, Otis Gibbs, Jason Ringenberg, Mac Wiseman, Bill Anderson, Peter Cooper and Eric Brace and a lot of other folks, some of them you may never have heard of. I write a lot of songs - mostly Bluegrass. Some of them have been cut by Kim Richey, Nanci Griffith, John Prine, Marty Stuart, Balsam Range, Junior Sisk, Kenny and Amanda Smith, Terry Baucom And The Dukes Of Drive, Chris Jones And The Nightdrivers and many more. My wife and I live in the country. I love great guitars and great recording gear and books.  Music is all I ever wanted to do and all I ever did - I'll try to keep it like that. 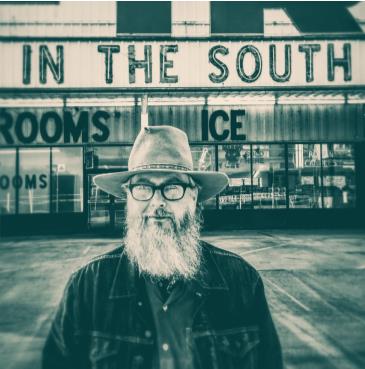